We are proud to announce the publication of our review article “The Mitochondrial Genome in Aging and Disease and the Future of Mitochondrial Therapeutics” in Biomedicines, from our very own Dr. Amutha Boominathan and members at SENS. 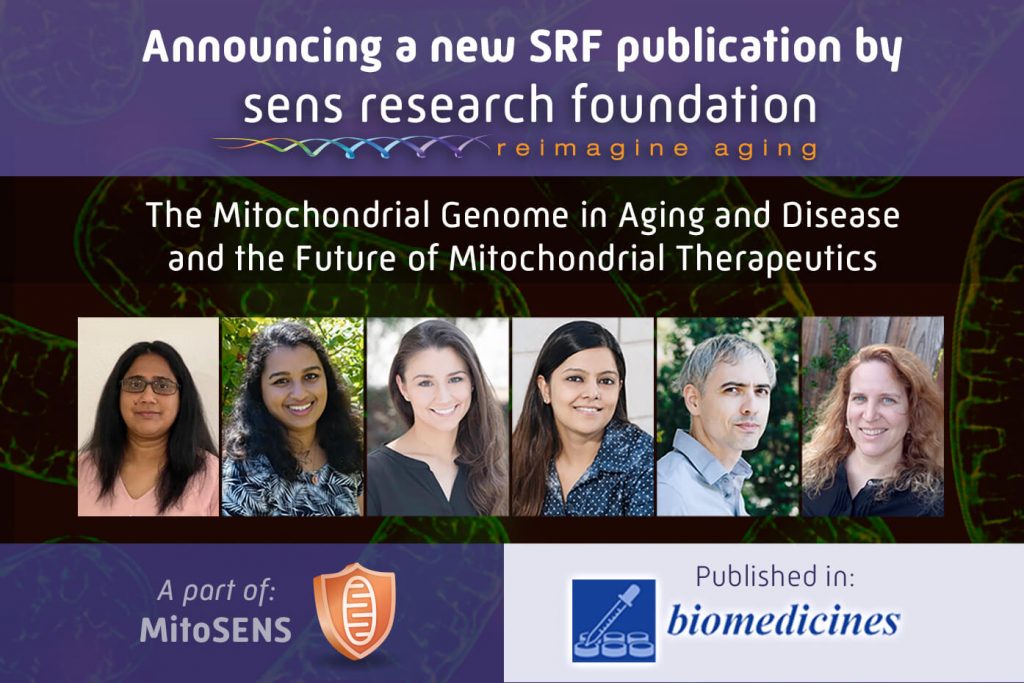 Dr. Amutha Boominathan and the MitoSENS team continue to make progress in developing rejuvenation biotechnologies to prevent, reverse, or remove mutant mitochondria from aging cells. The center of their work continues to be allotopic expression: Dr. Aubrey de Grey’s proposal to place “backup copies” of the mitochondrial DNA into the nucleus, which would supply the proteins that mutation-bearing mitochondria can no longer produce for themselves, and thus keep them (and our cells) functioning normally over time.

The MitoSENS team’s  2016 breakthrough  with allotopic expression of the mitochondrial genes ATP8 and ATP6 marked an important milestone. Since then, they’ve continued to work to advance the field, including showing how the distinct way that mitochondria encode genetic instructions into their DNA can be better “translated” for use in the nuclear genome, resulting in robust but transient protein production for all of the 13 genes. The team is now working on creating stable expression for these proteins and in achieving functional relevance. They also developed a new, easier, and cheaper way to isolate mitochondria from cells for scientific investigation, taking some of the cost and friction out of their own work and that of other mitochondrial engineers. 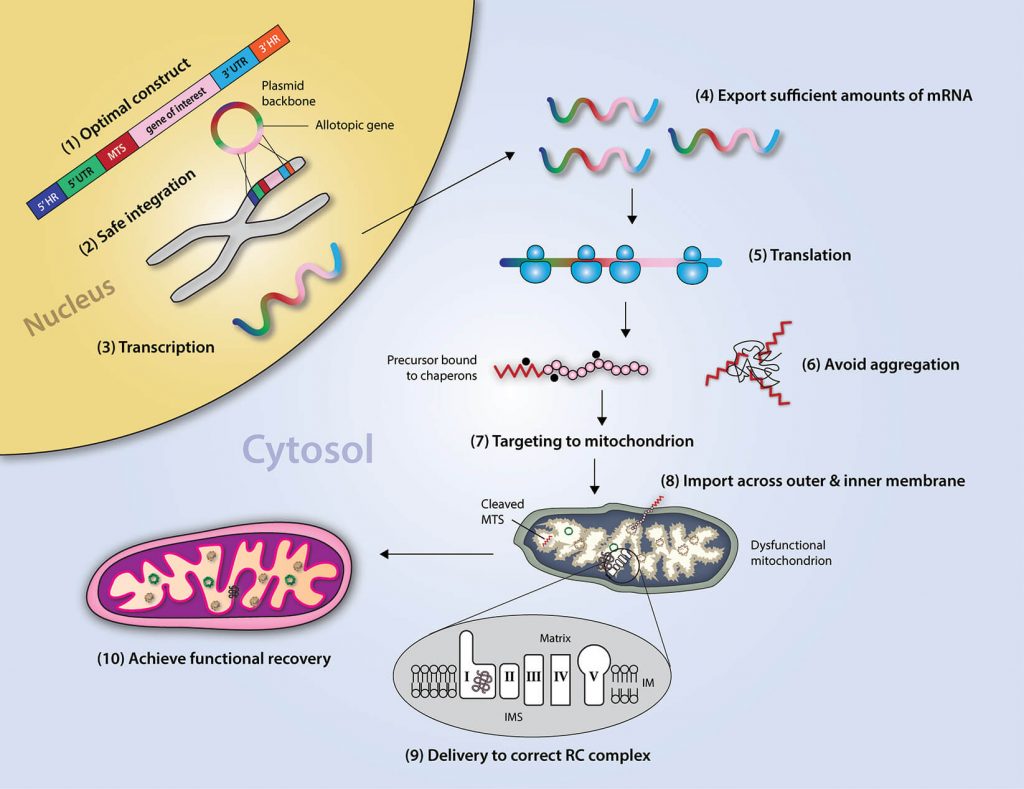 In a new peer-reviewed scientific paper, the MitoSENS team gives an overview of where the field is at and the obstacles that are holding us back. They first highlight some of the drugs, supplements and stem cell treatments that have been tried and failed (or only had modest effects) to treat inherited mitochondrial diseases. But then they get to the heart of the matter: the challenges that now need to be overcome in order to move allotopic expression towards the clinic. These include mastering the targeting of allotopically-expressed proteins to the right place in the mitochondria; modifying either the protein products themselves or the way we deliver them to prevent these proteins being incorrectly assembled in places other than their intended location; and controlling the level of protein production and its regulation by the cell (since too little protein production wouldn’t have a therapeutic effect, and too much might be harmful).

Another hurdle that is slowing down progress toward working MitoSENS therapies is the lack of good animal models for testing allotopic expression. Testing the potential of allotopic expression will also require safe and stable gene therapy with broad tissue coverage that can deliver much larger payloads than have been required for most human gene therapies to date.

Despite all of these challenges, there have nonetheless been proofs-of-concept reports for allotopic expression in laboratory animals. However, only one such attempt has advanced to any therapeutic benefit, namely, allotopic expression of the ND4 gene to treat LHON (Leber’s Hereditary Optic Neuropathy). A critical study along the way to the emergence of this therapy was one funded by the Methuselah Foundation (from which SENS Research Foundation spun out) almost fifteen years ago. The French scientists responsible for this study followed it up with a more thorough and convincing follow-on study, which allowed the scientists and their industry partner GenSight to ultimately move it into a successful initial human clinical trial to rescue function although only at the organ level (the eye). Their recent REFLECT Phase III clinical trial confirmed that their mitochondrial gene therapy product for patients with LHON had long-term sustained effects in improving visual acuity in patients.

The basic- and translational-science barriers identified in this paper are extensive and long-standing challenges. Innovations in gene editing and gene therapy technologies and advances by the MitoSENS group and other researchers around the world give promise to find meaningful therapies for such diseases going forward.