SENS Research Foundation’s science writer Michael Rae was interviewed on the Parkinson’s Recovery radio program on “The coming rejuvenation biotechnology revolution for Parkinson's disease.” In it, they discussed how the cellular and molecular damage of aging most closely involved in Parkinson’s can be removed, replaced, or repaired using rejuvenation biotechnologies, and research underway to make it happen. Read more and listen to the interview to learn how a “damage-repair” approach can prevent, arrest, and eventually consign Parkinson’s to history. 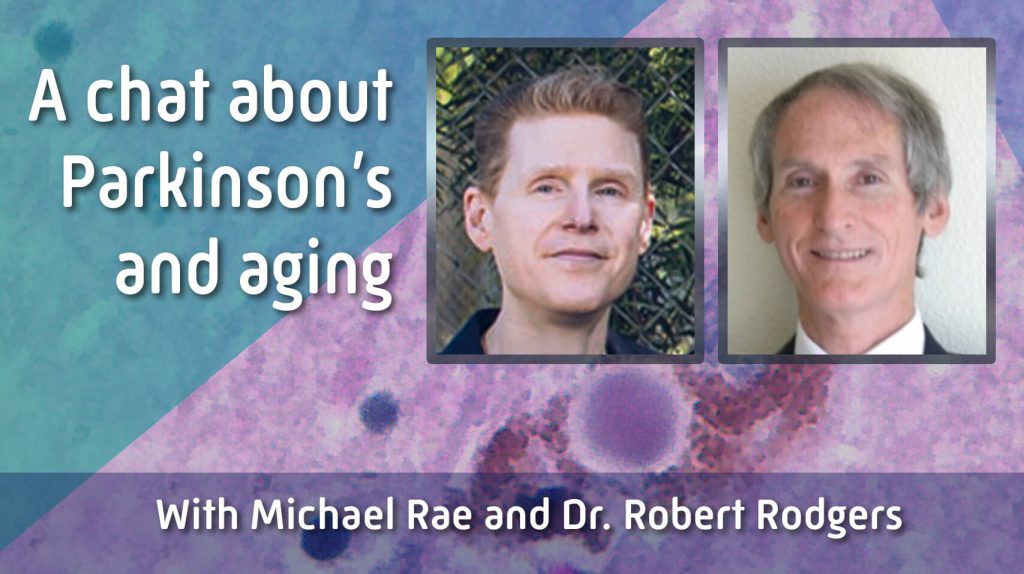 Parkinson’s disease, like all the so-called diseases of aging, is what happens when the particular metabolic demands on specific cell and tissue types inflict enough damage on themselves to render them unable to do their jobs. As more and more of those cells and tissues become dysfunctional over time, the functional reserve of those tissues is slowly drained, until core function can no longer be sustained and the symptoms of that widespread cellular and molecular injury erupt.

In this interview with the Parkinson’s Recovery radio program, SENS Research Foundation’s science writer Michael Rae discusses “The coming rejuvenation biotechnology revolution for Parkinson’s disease.” In it, they discussed how the cellular and molecular damage of aging most closely involved in Parkinson’s can be removed, replaced, or repaired using rejuvenation biotechnologies, and research underway to make it happen. Here is some of what they talked about.

The most prominent kind of aging damage driving Parkinson’s is the loss of specialized neurons producing the molecular messenger dopamine in a defined area of the brain. Signaling from these neurons suppresses the unregulated firing of neurons controlling motion in the brain, so as these neurons are lost to aging and additional insults, the ability to suppress this unwanted firing declines. Eventually, this becomes manifest as the “motor symptoms” of Parkinson’s: the tremors of the hands, shaking of the head, and problems with walking balance.

The rejuvenation biotechnology solution to this problem is repleniSENS: replacing the lost dopamine-producing neurons with fresh young ones. Early human clinical trials using cells derived from aborted fetuses had mixed results, but a small percentage of the patients who received the cells experienced such spectacular results scientists spent the next several decades working out the cell types, transplant sites, and other details to optimize the procedure so that all people suffering PD  (and eventually, all of us) could benefit.

In addition to what we learned through the ensuing decades of painstaking progress, we now have Shinya Yamanaka’s Nobel-prizewinning biotechnological breakthrough: the ability to take common differentiated cells (such as deep-layer skin cells) and reprogram them into  induced pluripotent stem cells (iPSC), which have the full developmental potential of embryonic stem cells and can be nudged to become any cell type we like — including dopamine-producing neurons for cell replacement.  Today, BlueRock Therapeutics, a stem cell company now owned by Bayer (yes, the aspirin people) is running a clinical trial grafting replacement neurons into the brains of patients with PD. Unlike others, BlueRock is not starting the process off with a patient’s own cells, but is using healthy donor cells from the general public, from which it then uses proprietary bioprocessing to create stable master cell banks of what they call “universal iPSCs” that they have found to be compatible with any patient. It is these cells that are then turned into dopaminergic neurons for transplant into the brain of PD patients — or, in the future, heart muscle cells for people with heart failure, and other medical use-cases.

Other groups are taking the patient-identical route. These include Dr. Jun Takahashi of Kyoto University in Japan, whose small ongoing trial recruited just 7 subjects and administered cells to its first patient in November of 2018, and Aspen Biotechnologies, which is led by Dr. Jeanne Loring at the Scripps Institute, a good friend of SENS Research Foundation. Additionally, it was only just revealed last year that a dramatic self-funded experiment by a wealthy PD sufferer resulted in millions of his own reprogrammed cells being transplanted into his brain as early as September 2017. And we’re even still learning things about grafting fetal neurons, because of a revamped European trial with curtailed ambitions known as Transeuro.

Meanwhile, we’ve learned about the evidence supporting a causal role for senescent cells in PD — and the potential of apoptoSENS (destruction of dysfunctional cells) to help keep these “zombie” cells from destroying some of those dopamine-producing neurons in the first place. People with PD have more senescent cells in their brains than do aging people not diagnosed with a specific neurological disease — specifically, senescent astrocytes, which help maintain the integrity of the crucial barrier that protects the brain from toxins in the circulation, and that also act as a kind of support cell for the neurons, providing them with nutrients and maintaining the balance of ionic flows. Scientists led by Julie Anderson and Judith Campisi at the Buck institute showed in animal models and cell culture that when astrocytes turn senescent, betray the very neurons they exist to protect and support, killing them.

But purging senescent astrocytes from the brains of mice with a model of PD prevented the loss of dopamine-producing neurons and enabling the generation of new neurons to begin again. This meant that after senolytic treatment, the PD mice were still able to move like non-PD mice. With ongoing trials of senolytic drugs and a host of startups in the space, the potential to bring this experiment to life in aging humans is breathtaking.

The Roto-Rooter Route to Rejuvenation

They also talked about the many lysoSENS immunotherapies in clinical trials or in the pipeline to remove aggregated alpha-synuclein from aging neurons and prevent the “nonmotor symptoms” of PD, and the related role of “minor” mutations in a lysosomal enzyme that create a vicious circle with alpha-synuclein — and Aspen Biotechnology’s plans to eliminate the problem.

And much more! Hear the full audio here.