The accumulation of damaged/senescent cells in the body with time is a hall mark of aging. These cells are believed to play a key role in the onset and/or progression of various aging-associated diseases. More generally, the decreased regenerative ability of transplanted stem cells in older recipients may also be partly attributable to the presence of a high level of senescent cells.

Many factors produced by senescent cells – including proinflammatory cytokines, profibrotic molecules and damaging agents such as labile iron and reactive aldehydes – are known to disrupt the function of normal cells and cause organ function to decline. The hostile environment created by senescent cells is likely to impair the ability of transplanted stem cells to home in on target tissues, mature and restore tissue function.  Therefore, prior removal of senescent cells will likely enhance the effectiveness of stem cell transplantation therapies.

In recent years, two major observations in the longevity field have been made:

The SenoStem project will test the hypothesis that prior removal of senescent cells by senolytics will create a more favorable niche for stem cells to engraft, and thus enhance their regenerative effect in older recipients. The overall aim is to determine whether these two different lifespan-extending interventions can act synergistically.

The first phase of this project will be to carryout in vitro and in vivo studies in order to identify the most  effective and safe senolytic from a list of established and in-house candidates.

Please visit the Work With Us page to learn about available positions. 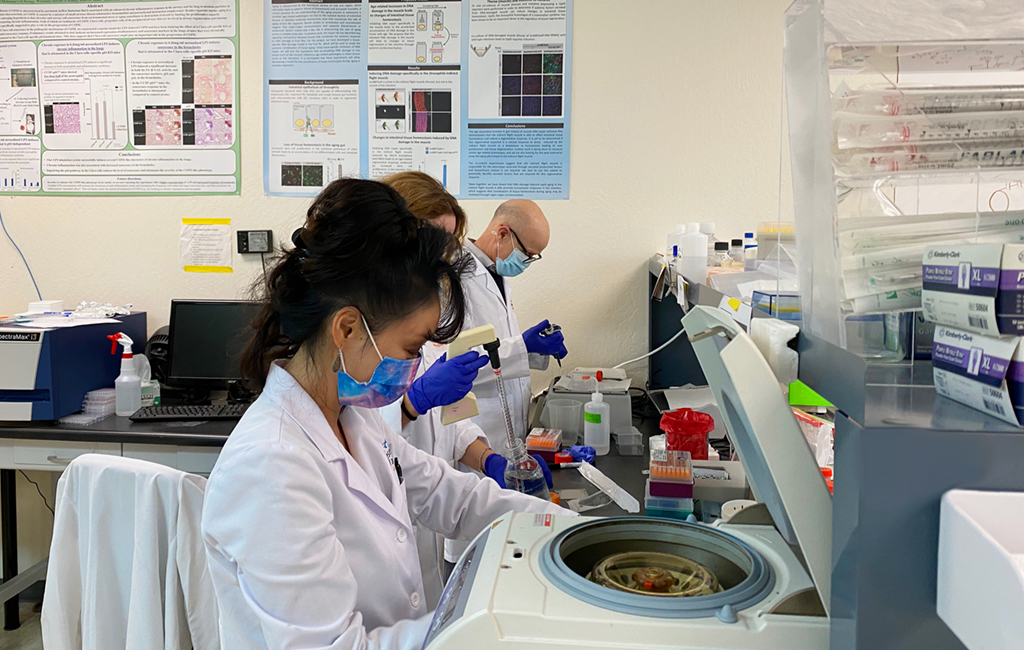 To support our work please consider making a donation to SENS Research Foundation!

This project is funded by:

This project is part of: