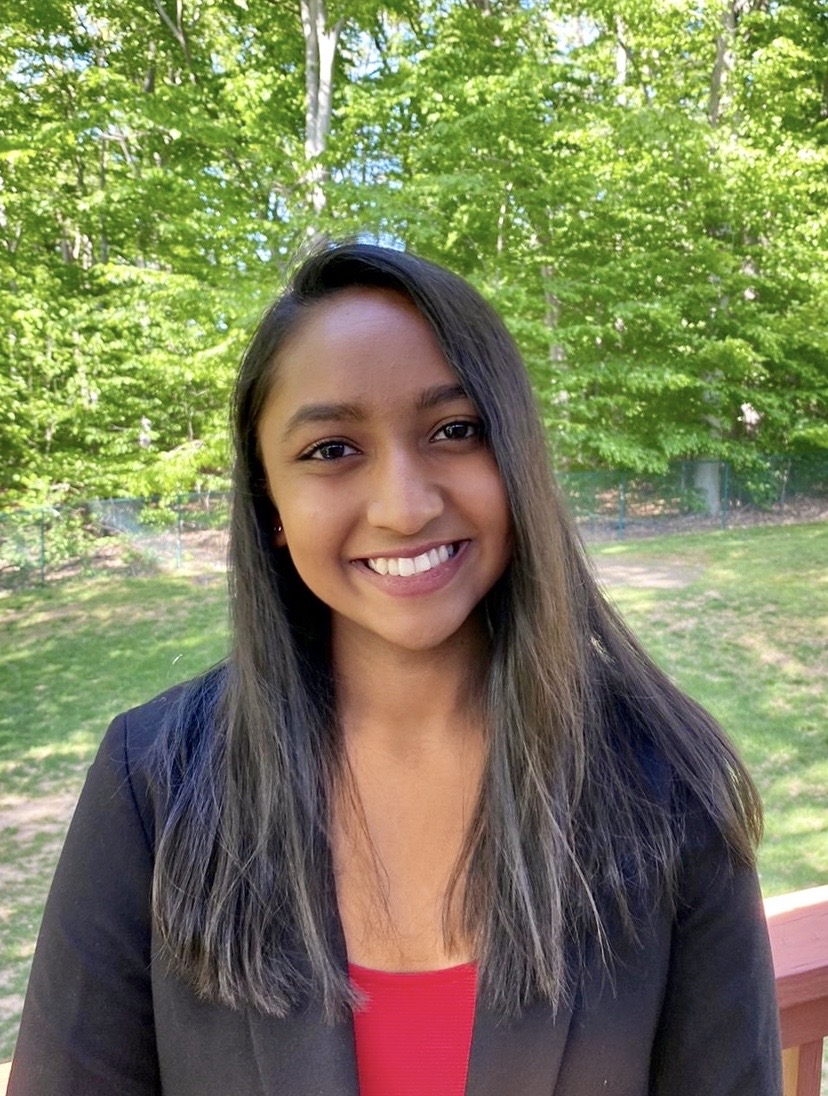 My name is Rithika Senthilkumar, and I am a rising junior at the University of Massachusetts Amherst. I study Biochemistry and Molecular Biology and have had the pleasure of working in Dr. Heather Richardson’s Neurobiology of Stress and Addiction Lab. Dr. Richardson’s research focuses on using rodent models to study the neural, behavioral, and hormonal factors contributing to stress and addiction vulnerability. Under the mentorship of Dr. Said Akli, I have been working in a research team to determine how alcohol impacts myelin (a protein-lipid insulation that covers the axons of neurons and allows electric impulses to be carried through the axons) in the prefrontal cortex of adolescent mice and the underlying mechanisms contributing to these developmental changes. This research aims to gain insight into the effects that adolescent binge drinking has on myelination and development in the adolescent brain, contributing knowledge to better understand and characterize alcohol abuse and other substance abuse disorders. This summer, I have been working at the Sanford Consortium for Regenerative Medicine in La Jolla, CA under the mentorship of Ruslan Nuryyev in Dr. Evan Snyder’s Lab. The Snyder Lab’s research is focused on using stem cell biology to study neurological development, model neurodegenerative disease, and discover injury and disease therapeutics. Due to the COVID-19 pandemic, the Snyder Lab’s focus has expanded to study SARS-CoV-2 infection.

My project at the Snyder Lab this summer involved developing an organoid model to study SARS-CoV-2 infection in the central nervous system. Organoids are essentially miniature organs in a dish. They are developed to structurally and functionally mimic an organ and are widely used as models to study development and disease. Especially when it comes to the brain and nervous system, organoids are a great tool because they allow for the study of various neurological and neurodegenerative diseases without presenting ethical or technical difficulties.

My project aimed to study SARS-CoV-2 infection using an organoid model of the brain’s cerebral cortex. Even though respiratory symptoms are the most common symptoms for COVID-19, neurological symptoms, including stroke, have been reported. An organoid model of the brain can be used to address some of the ever-evolving questions about how the SARS-CoV-2 virus affects the brain. The organoids that I developed also incorporated blood vessels, which have been known to be one of the key viral entry sites for SARS-CoV-2.

I differentiated embryonic stem cells into vascularized cerebral organoids, which were characterized for both their neuronal and vascular formation to verify that they were differentiated appropriately. To study the virus’s interaction with the organoids, a SARS-CoV-2 pseudovirus was transfected into the organoids. The pseudovirus includes only the spike protein (the protein on the outer surface that is responsible for viral entry) but not any other viral components. The analysis of these organoid samples determined what percentage of cells in the organoid was infected, which specific cell types are the most targeted, which cell types contain the ACE2 receptor (this receptor has been shown to be responsible for viral entry in other tissues), and whether the ACE2 receptor is necessary for viral entry into cells. Answers to these questions enables further investigation into how SARS-CoV-2 affects the central nervous system as well as the role of the ACE2 receptor in facilitating cellular entry.