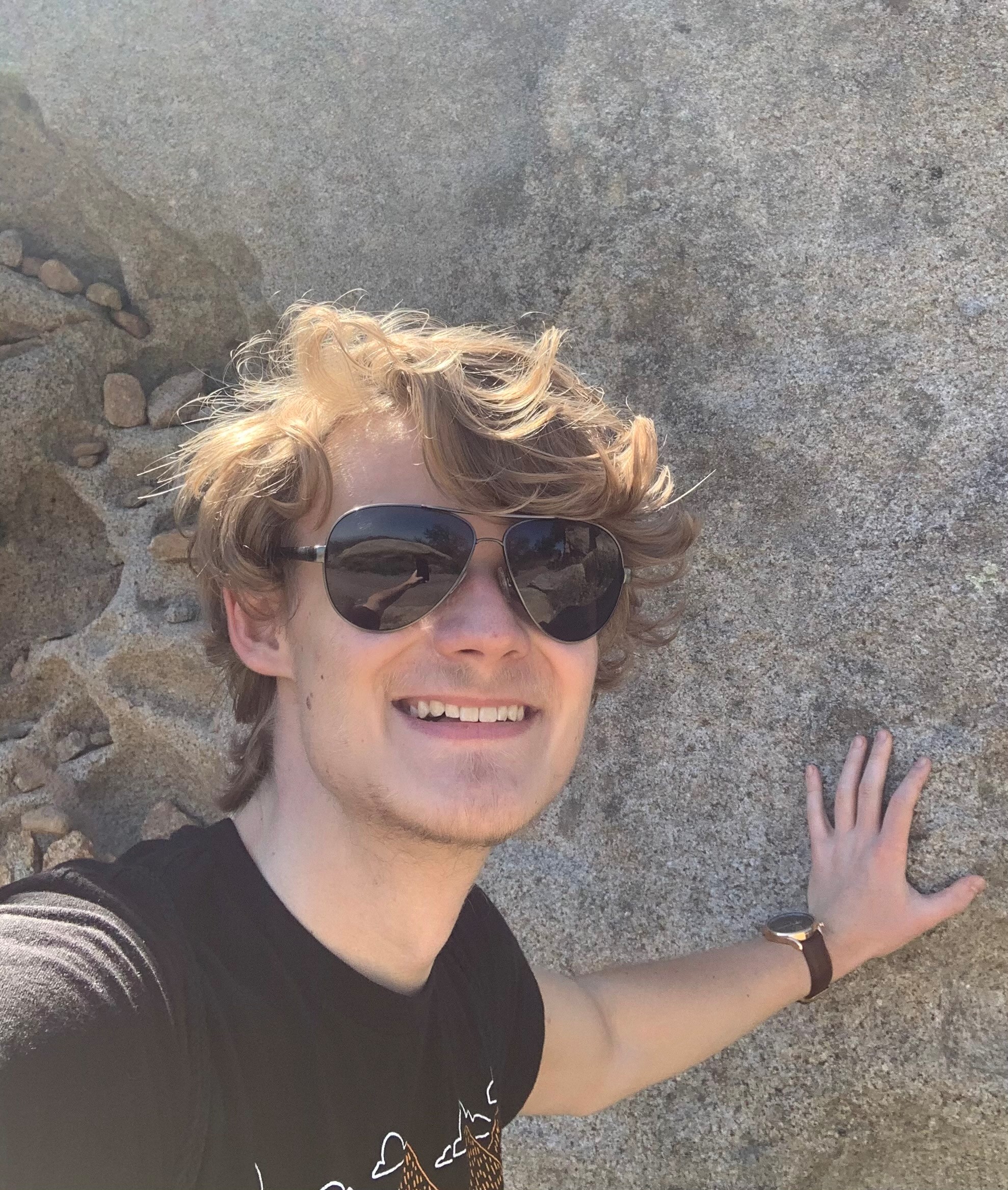 My name is Easton Farrell, and I am a senior undergraduate student at the University of Michigan studying Biomedical Engineering. At my home lab, I conduct research alongside my PI Dr. Mario Fabiilli. The lab focuses on altering mechanical characteristics of implantable cell-containing gels to promote wound healing. My current research at Dr. Evan Snyder’s lab at the Sanford Consortium for Regenerative Medicine emphasizes development of organoid models. Organoids are composed of cell types characteristic of the organ of interest and are created by treating stem cells (cells which have the potential to become other types of cells) with specific chemicals. These organoids can then be afflicted with a disease to better understand the workings of the disease and screen for treatments. The bulk of the research being conducted in the lab this summer observes how brain and lung organoids respond to infection by SARS-CoV-2.

My work in the lab, mentored by Dr. Beth Grimmig, aspired to create an organoid model of hypoxic afflictions of the brain. This class of diseases arises when the brain does not receive ample oxygen supplies, and includes stroke, coma, hypoxic ischemic encephalopathy, memory loss, and more. Investigation of the brain is inherently difficult, but researchers can circumvent this barrier by developing a sufficiently-representative organoid model of the brain.

The premier efforts to develop a hypoxic brain organoid by other labs have been successful but stands to be improved by incorporating more aspects of the native brain tissue. These organoids did not include vasculature and thus could not fully capture the response the brain would have to hypoxic diseases. To that end, I raised a generation of organoids that also included components of vasculature. After the development of the modified organoids, I evaluated the levels of certain proteins known to be associated with vasculature and with hypoxic diseases. I also cultured rat brain slices that were subjected to hypoxia and compared to the organoid models to determine the efficacy of the experiment.