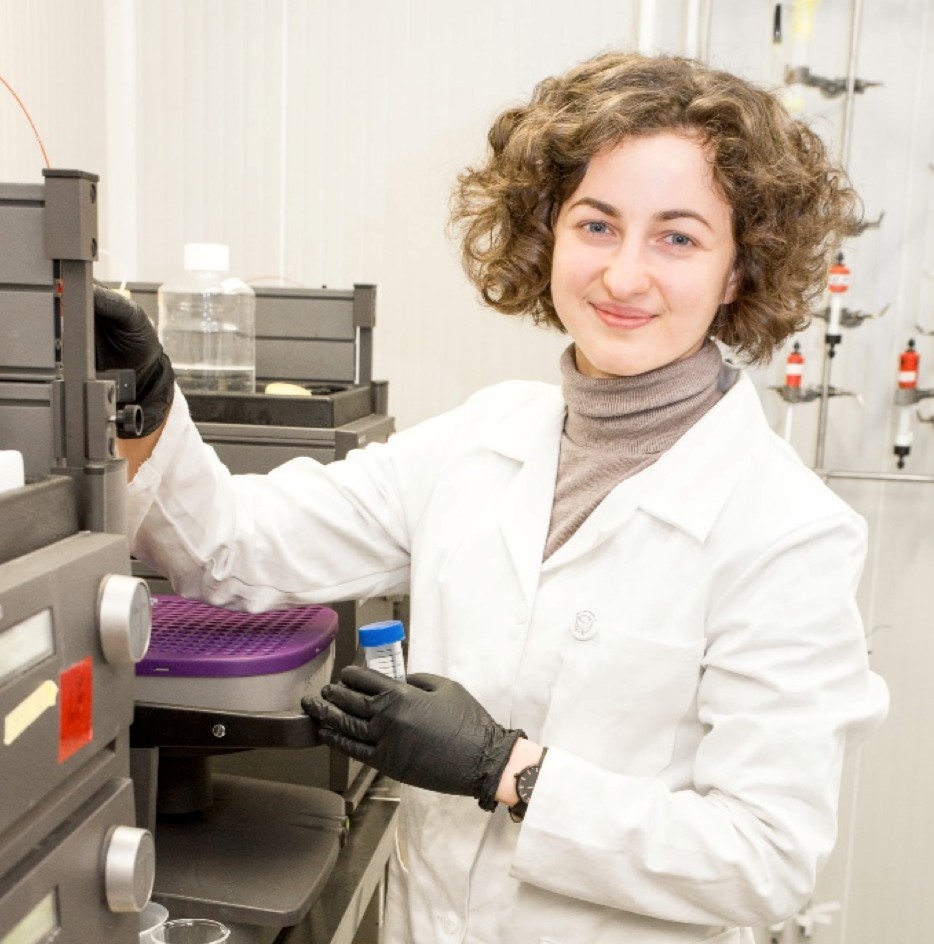 My name is Karina Zadorozhny, and I am a Neuroscience and Computer Science major at Northwestern University. As an SRF Summer Scholar, I am participating in the research at the Buck Institute for Research on Aging in Judith Campisi’s laboratory under the supervision of Dr. Christopher Wiley. Here, I study senescence, a state of permanent cell growth arrest, in the context of diabetic kidney disease.  Previously, I have worked in Lumir Krejci’s laboratory at Masaryk University studying mechanisms of DNA damage repair.

Patients with type 2 diabetes are at extremely high risk of developing diabetic kidney disease that is strongly associated with increased mortality in diabetic patients.  Despite their importance, details of the mechanisms that contribute to the development of renal diseases remain poorly understood.  In my project, I focused on the interconnection of diabetes and cellular senescence. Senescent cells exhibit permanent cell cycle arrest and secrete a myriad of distinct factors, a phenomenon called senescence-associated secretory phenotype (SASP), that can have potentially detrimental effects on the progression of diabetic diseases and renal aging.