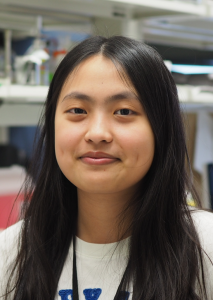 Wynnie earned her double degree in Neurobiology and Psychology from the University of Wisconsin, Madison. During her undergraduate years, Wynnie worked in Dr. Edwin Chapman’s lab during her undergraduate study, with a focus on the involvement of Synaptotagmin, a family of membrane-trafficking proteins, in neuronal exocytosis. Now, as a part of the SENS Research Foundation post baccalaureate fellowship, she joined Dr. Julie Andersen’s lab at the Buck Institute for Research on Aging under the mentoring of Dr. Josue Ballesteros. The Andersen lab focuses on understanding the underlying age-related processes driving neurodegenerative diseases in order to identify novel therapeutics that slow or prevent them from occurring.

Alzheimer’s Disease (AD) and Parkinson’s Disease (PD) are the two most clinically encountered neurodegenerative diseases in older populations without known causes or effective prevention and treatment. Although both are age-related, the cause of AD and PD are quite distinguishable from each other. Disruptions in language, memory and reality-to-virtual-reality perception of AD are caused by loss of cells in the basal forebrain, which plays important roles in information processing. In PD, on the other hand, loss of cells in substantia nigra, which is important for movement and reward leads to disturbances in motor function and sometimes mood. Surprisingly, loss of brain cells in both disorders is preceded by the deposit of dysfunctional proteins, although the culprits are different. Is it a coincidence that two age-related diseases share similar developmental mechanism? As organisms age, dynamic metabolic processes inside the body start to fail or become dysregulated, including maintenance of proper protein folding and function. Age-related losses in protein homeostasis result in the increased accumulation of damaged, misfolded, or aggregated proteins which can eventually lead to cell death. Healthy cells can target these non-functional proteins for degradation to their basic components which can then be recycled. Reductions of such waste-cleaning system have been associated with pathological phenotypes associated with both AD and PD, suggesting that enhancing degradation of harmful proteins may constitute a viable therapeutic target for treatment of age-related neurodegenerative diseases.

Previous works have shown that Urolithin A (UA), a metabolite derived from Ellagic Acid, which is present at high levels in many fruits and nuts, can boost cellular waste-cleaning activities. Unfortunately, the production of UA declines with age due to development of microbial imbalances within the gut. Recent preliminary data from our laboratory has suggested that administration of UA in the diet can have protective effects on brain neurons. We hypothesize that increasing UA production will provide neuroprotective effects against age-related neurodegenerative diseases by preventing and reversing the over-accumulation of proteins within neurons. Using mouse models mimicking phenotypes associated with human AD and PD, we will evaluate the neuroprotective effects of UA and examine if these effects are via its ability to increase removal protein aggregates and maintain healthy cell populations.