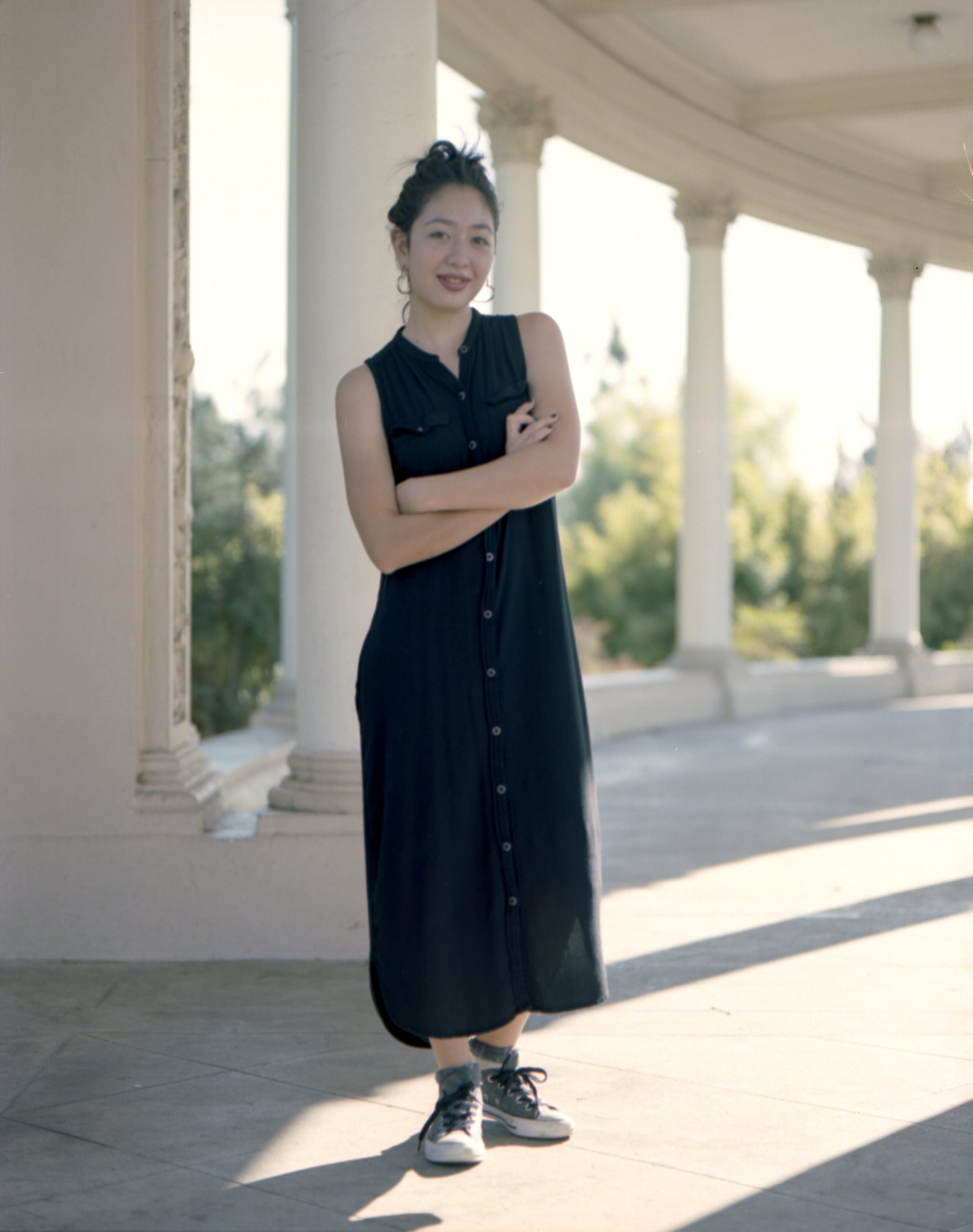 My name is Angelina Malagodi. I’m a chemistry graduate from Macalester College. My previous research with Dr. Tye Martin was focused on understanding the molecular mechanisms of the active ingredient in turmeric, curcumin, on Alzheimer’s disease.  Dr. Martin and I worked under Dr. Eva Chi at the University of New Mexico Biomedical Engineering department. My SRF Postbaccalaureate position is at Aspen Neuroscience with Dr. Jeanne Loring, under the direct supervision of Dr. Roy Williams. I am working with Dr. William’s bioinformatics team to understand the genetics of dopamine neurons from Parkinson’s patients.

Parkinson’s disease is a neurodegenerative disease that affects elderly populations. The hallmark of Parkinson’s pathology is the loss of dopaminergic neurons, which are specialized to make the neurotransmitter dopamine. The loss of dopamine results in slowed movement, muscle rigidity, tremor, and postural instability. Aspen Neuroscience is devoted to making a patient-derived solution to Parkinson’s disease (PD). Our team has developed a way to make dopamine neurons from a PD patient’s own cells. There are several reasons as to why this is groundbreaking. First, there is no approved cure for PD. The current treatment options are dependent on forms of drugs design to compensate for the low dopamine levels in the body. Although these drugs are effective for a short period of time, long-term usage will cause side effects that lower the patient’s quality of life. Side effects include nausea, low blood pressure, cognitive difficulties, and notably dyskinesia.

Another treatment, more analogous to Aspen Neuroscience’s therapy, is the usage of fetal brain tissues that contain growing dopamine neurons. These developing neurons are surgically transplanted into the Parkinson patient’s brain. The idea is that the neurons will grow and produce dopamine, which will cure the disease. However, there are drawbacks to this method, which is why Aspen Neuroscience was born. The first drawback is that the patient must take immune system suppressing drugs to prevent the body from rejecting the fetal cells. Since the cells are being sourced from another genetic source, the body has the potential to reject the transplant. Second, the transplant contains a heterogenous mixture of cells. An impure sample can cause medical issues, including transplant-induced dyskinesia.

To advance PD treatment options, Aspen Neuroscience decided to use skin cells from PD patients and transform them into neurons. The process takes skin cells and reverts them back to cells similar to unspecialized fetal cells, known as pluripotent cells. The cells are then fed chemicals to guide them toward becoming dopamine neurons. Sequencing data, including whole genome, bulk-RNA, and single-cell sequencing can help ensure the quality and maturity of the cells. For example, if the cells acquire any oncogenic mutations or mutations in familial PD from the differentiation process, this can be determined by comparing the whole genome sequence of the person’s genome to the day 18 neurons which were produced from the person’s genome but have gone through a reprogramming step. There are several benefits offered by Aspen Neuroscience’s proposed workflow. First, by using the person’s own cells, the patient does not have to undergo any immune suppression. Also, the quality control checkpoints, ensure that the heterogeneity of the transplant samples is kept to a minimum, thereby minimizing the chances of having any induced dyskinesia side effects.  My goal is to help Aspen Neuroscience put their solution to PD on the market by analyzing the sequencing data. I help determine a signature pattern for successful transplantations and make sure that none of the patients have any dangerous mutations. Structural variants, such as CNV’s, insertions, or deletions, are mutations which can be dangerous to cells because they change to protein product. When a section of the DNA is duplicated, deleted, or altered in any way, the transcription and later translation process reads these mutated sections and creates ineffective proteins. This can cause a variety of diseases including cancer. By detecting DNA mutations through whole genome and bulk RNA sequencing, we can lessen the chance of any side effects when the cells are transplanted into a living organism.