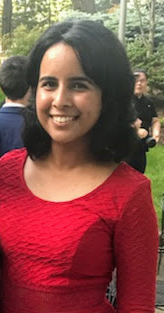 My name is Neha Ramchandani, and I am a rising senior at Boston University majoring in Neurobiology. I have been an undergraduate researcher in Dr. Paola Divieti Pajevic’s lab since 2017, and have been working on understanding the effects of microgravity and other mechanical forces on osteocytes. Currently, I am an SRF Summer Scholar working in the Lithgow Lab at the Buck Institute for Research on Aging.

One of the major scientific challenges of our time is figuring out how to combat the debilitating effects of aging on humans. An important way to understand and potentially limit these effects is to study various underlying genes which can affect the onset of aging in simpler organisms first, such as C. elegans. Caenorhabditis elegans is a type of microscopic roundworm that is often used as a model organism in aging research because it is transparent, and has an average lifespan of ~15 days, which allows for rapid experimentation. Additionally, the entirety of the C. elegans genome is mapped (the complete set of genetic material in the worm is known), which makes genetic manipulation very convenient compared to other organisms in which the complete genome is not known. My project is looking at two genes, sax-1 and sax-2, which are involved in regulating the shape and size of neurons and their different components in C. elegans. Past research has shown that when there are mutations in these genes, there are significant visible defects in the neuronal components of the worms. Furthermore, preliminary experiments from the Lithgow Lab have shown that worms with mutations in one or both of these genes tend to live shorter lives. Therefore, I plan to take a closer look at what role these two genes play in the process of aging. Since the ortholog of these genes have already been identified in humans, gaining a thorough understanding of how sax-1 and sax-2 affect aging in roundworms can lead to further investigation of the human ortholog as a potential target of therapeutic intervention.