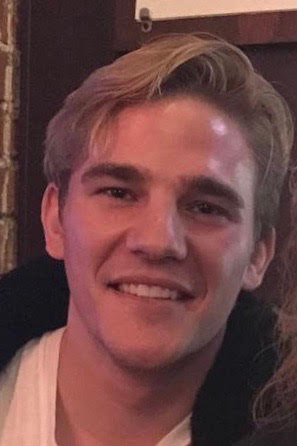 My name is Carter Hall. I graduated from Kansas State University with a BS in microbiology. Currently, I work for the SENS Research Foundation on the MitoSENS project under the direction of Dr. Amutha Boominathan. Our focus is directed at optimizing the allotopic expression and relocation of genes pivotal to the function of the mitochondrial OxPhos pathway. We are using Dual Integrase Cassette Exchange and DNA safe harbor technologies to facilitate a unique and uniform gene expression platform for mitochondrial genes. Previously, I worked in various labs to identify neuronal circuitry homologous to higher brain functions and unique innate immune proteins produced in response to ingesting various bacterial pathogens using zebrafish and house flies, respectively.

My research aims to prolong the healthy functioning of the body by better maintaining energy output in cells. Specifically, I am introducing defect-free backups for machinery utilized in the mitochondria: the power house of the cell. I picture it as a spare tire. Although it is uncommon to experience a blown tire, the chances go up as the tire ages. Having a spare helps ensure you are cruising down the road in no time. In contrast to a spare tire, the spare machinery will be a fully functioning replacement, so you won’t be restricted to a slower speed limit. You have the luxury of going at whatever speed you’d like. Additionally, this new tire is less likely to “pop” later on. Furthering the effort to replace poorly functioning mitochondrial machinery can aid in the creation of treatments capable of treating a wide array of disorders. Essentially, any part of the body can experience disease as a result of declining mitochondrial health, especially those with high energy requirements, such as skeletal and cardiac muscle.

My project will create a uniform tool to better assess and screen how effective a given backup is at supporting continued mitochondrial function and also establish reasonable expectations for clinical success. Backup copies for the mitochondria machinery will be placed in the cell’s nucleus in the form of a gene. The nucleus already houses and protects nearly all of the genes used to create the entire human body. The gene ultimately leads to the machinery’s relocation to the mitochondria for use in energy production. The specific placement of the gene minimizes the influence of a number of cell-level factors that can hinder the effectiveness of backups. Implementing a uniform testing platform can help minimize conflicting reports for and against the prospect of this strategy. My method will allow for more rapid testing of several parameters that influence effective expression of these genes from the nucleus in identifying better therapeutic candidates for clinical trials.