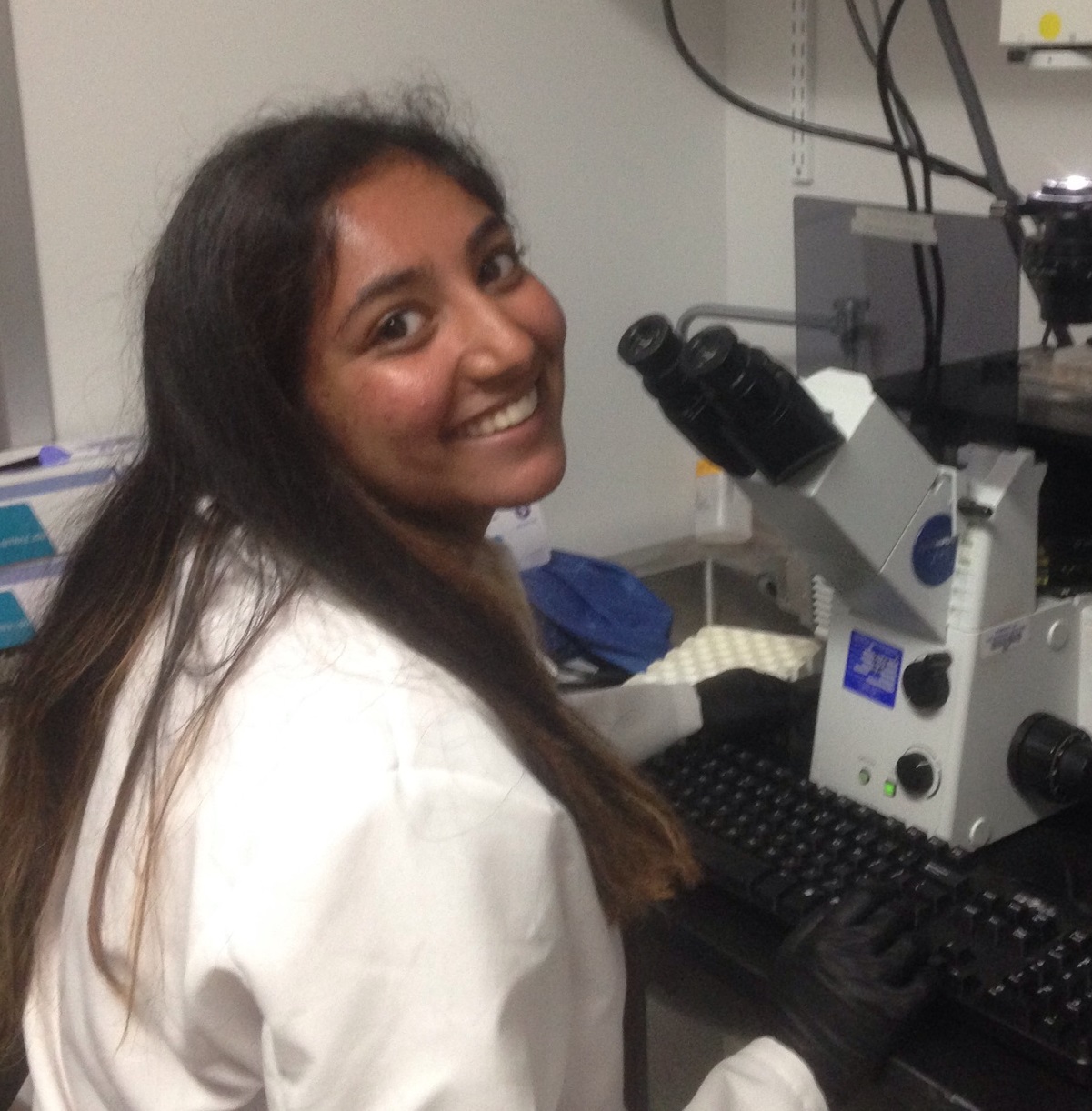 My name is Aashka Patel, and I am currently a rising junior pursuing a Biology degree at the University of North Carolina at Chapel Hill. I am interested in studying regenerative medicine techniques and their application toward neurodegenerative diseases. This summer, I will be interning at the Sanford Consortium in Dr. Evan Snyder’s lab under the mentorship of Cameron Pernia.

Depression is a mental illness that affects 300 million individuals globally and is characterized by decreased levels of serotonin and adult neurogenesis. Serotonin is a small neurotransmitter in the brain that regulates many behaviors, such as sleep, mood, appetite, memory and learning. Over the last one and a half years, I have conducted research in the Song Lab in the Department of Pharmacology at the University of North Carolina at Chapel Hill under the mentorship of Andrew Crowther. I focused mainly on how serotonin released from the median raphe (a specialized area of the brain stem that releases serotonin to other parts of the brain) affects adult neurogenesis in the dentate gyrus (a specific region of the brain that is heavily involved in learning and memory circuits).

My project this summer at the Snyder Lab will explore neuronal circuit connectivity of hiPSCs (cells reprogrammed to become embryonic-like stem cells that can differentiate into various cell types) derived from Alzheimer’s Disease (AD) neurons. We are going to investigate how Alzheimer’s disease affects neural circuitry and the complexity of communication between affected neurons. Firstly, we will obtain a line of AD stem cells and differentiate them into neurons. AD neurons will be cultured and investigated in a multielectrode array (MEA) plate. This relatively new technology allows measurement of individual neuron depolarization. Using recordings and raster plots obtained from MEAs, we can analyze the complexity and duration of communication between neurons. Compared to data collected from an unaffected line of neurons, changes in duration and frequency of bursts (synchronized firing of neurons) can inform us about the complexity of information transferred between neurons.

In addition, we will explore the protein CRMP2 and Alzheimer’s disease. CRMP2 plays an important role in dendritic growth and axonal guidance, which can affect synapse formation. We will investigate the relationship between CRMP2 and two proteins that are specifically overexpressed in Alzheimer’s disease: APP and Tau. These proteins form amyloid beta plaques and neurofibrillary tangles which inhibit neuronal function and eventually cause neuron death, one of the main causes of AD. Protein lysates will be obtained from knock-in (CRMP2 protein is constantly expressed), wild type, and knock-out (CRMP2 protein is not expressed at all) cell lines. Then, we will perform a Western Blot for several proteins, which is a process that allows us to compare levels of specified proteins within the three genotypes. Through Western blotting, we can determine if a change in expression of Tau and APP is associated with a change in CRMP2.

Next year, I intend to use the skills, knowledge and techniques obtained from the Snyder Lab towards an honors thesis at the University of North Carolina at Chapel Hill. I plan to return to the Song lab and utilize my new skill set obtained from the SRF program towards a new project. I am interested in pursuing a career in the medical field, as well as maintaining my passion for research.