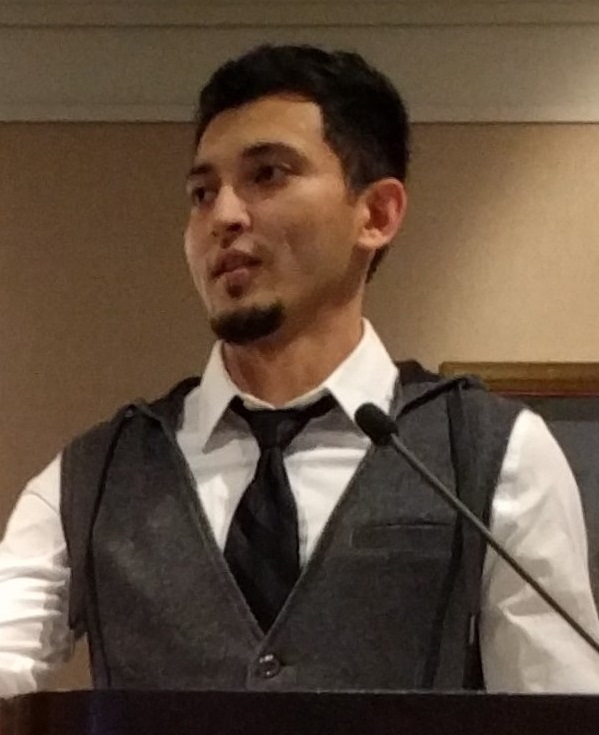 My name is Martin Rodriguez, and I am currently pursuing a BSc degree in Biomedical Engineering through the Marquette University & Medical College of Wisconsin joint BME program. I am very passionate about blood flow in the cardiovascular system and find SENS Research Foundation’s approach to negligible senescence highly strategic for expanding its health span.

Last summer, I was selected as a 2015 Excellence in Cardiovascular Sciences (EICS) intern at the Wake Forest School of Medicine. My investigation objectives were part of a NASA-funded study. During spaceflight, microgravity (µG) causes cardiac deconditioning in astronauts and leads to orthostatic hypotension upon return to Earth. Similarly, it is known that fibrosis, inflammation, and hemolysis (blood cell rupture) can be observed in hearts that have been exposed to therapeutic low-dose radiation [1]. Astronauts can receive a 1 Gray (Gy) dose of radiation during the course of a solar particle event, e.g. solar flare. However, the long term effects of a single solar particle event on cardiac muscle are unclear. Furthermore, it is not known if post-spaceflight cardiac reconditioning is hindered when µG is combined with such solar irradiation. Thus, my research aim was to characterize the inflammatory and fibrotic effects of solar particle radiation on the heart, decades after exposure. Likewise, the objective was to characterize the inflammatory and fibrotic effects of microgravity (µG) on the heart, again decades after exposure.

A clinical linear accelerator was used to expose male Sprague Dawley rats to a 1 Gy dose of 10 MV X-rays, thereby simulating the solar particle event. Then, tail suspension was performed for hindlimb unloading, thereby simulating µG on left ventricles. For each group, a 50-day rodent recovery period represented two decades in human years. For inflammatory and fibrotic biomarkers, tumor necrosis factor alpha (TNF-α) and phospho-Smad2/3 (pSMAD2/3) were used, respectively [2]. After performing Reverse Transcriptase PCR, ELISA, Western blot and other biological analysis protocols on the animal ventricle samples (n=66), I was able to demonstrate surprising results. First, TNF-α was significantly increased in the simulated µG group (50 days after µG), indicating an inflammatory response long-term post-µG. Second, pSMAD2/3 was increased in the combined radiation/µG recovery group (50 days after radiation and µG), suggesting increased risks for long-term cardiac fibrosis. With duplicates pending for validation, I have gained tremendous insight in experiment design and was able to present these findings at the 2015 Wake Forest EICS Symposium.

With the Cardiovascular Translational, Experimental, and Computational (T.E.C.) Lab at Marquette, I developed a deeper interest for the circulatory system and natural blood clotting mechanisms. Excessive bloodstream activity of extracellular matrix degrading enzymes, called matrix metalloproteinases (MMPs), is known to decrease arterial elasticity in adult males over 40 years old [3]. Often, this arterial weakening and other factors such as atherosclerosis lead to abdominal aortic aneurysms (AAA) [4], where the prolonged changes in blood flow signal the endothelium for excessive clotting via the ADAMTS13 protease [5]. Clots can then detach and circulate in the bloodstream, unnoticed until lodging and blocking arterioles and capillaries. An early detection approach to diagnosis of clot development in AAAs is thus in dire need. With the objective of identifying the most probable regions of clot formation within AAAs, I quantified time averaged wall shear stress (TAWSS) in fifteen patient CT scans (13 male, 2 female; ages 64 to 79) using computational fluid dynamics. I then extracted the case-specific circumferential TAWSS values using a custom script for the Vascular Modeling ToolKit (VMTK) and MatLab. While the lab awaits thrombus cross-analysis by clinicians, I intend to submit an abstract to the 2016 BMES Conference in Minnesota to showcase the efficacy of the T.E.C. lab’s methods for AAA TAWSS quantification.

Recently, I have joined Dr. Lobat Tayebi’s group in the Marquette University School of Dentistry where my project will entail generating bone scaffolds and tissue engineered oral mucosa equivalents using primary human stem cell extraction. Remarkably, it has been a highly suited preparation for my SENS Research Foundation-sponsored project at the Wake Forest Institute for Regenerative Medicine.

The thymus is a crucial immune system organ responsible for the development and maturation of a very important set of white blood cells called T lymphocytes, which include cytotoxic T lymphocytes (CTLs) and T helper (Th) cells. From birth until one’s early 20’s, the thymus continually receives hematopoietic stem and progenitor cells (HSPCs) that undergo a rigorous training of positive/negative selection to maturate into CTLs and Th cells. Once developed, these cells serve to combat foreign antigens and cancerous cells while preventing self-antigen reactions (autoimmune diseases). However, as the thymus undergoes involution (shrinkage) after puberty, our bodies are unprepared for de novo viruses, parasites, bacteria and mutagens. Additionally, immunocompromised individuals, such as those with DiGeorge Anomaly or autoimmune diseases, lack appropriate T lymphocyte repertoires and suffer highly restricted qualities of life [6]. Previous approaches to rejuvenation of the thymus have included only transient solutions, requiring lifelong doses of therapeutic drugs. Most recently, the three-dimensional thymic microenvironment, comprised of thymic epithelial cells (TECs) and thymic mesenchyme (TM)), has been shown to be necessary to induce adequate HSPC differentiation into T lymphocytes with adequate T cell receptor (TCR) Vβ diversity (amino acid chain variation essential for robust adaptive immunity) [7]. Unfortunately, simulating and manipulating the 3D microenvironment has remained a challenge.

Under the mentorship of Dr. John Jackson at the Wake Forest Institute for Regenerative Medicine (WFIRM), I am now recellularizing thymic scaffolds and developing hydrogels with enhanced murine TECs, TM, and primary HSPCs for significant T lymphopoiesis outputs. With the use dynamic cultivation methods (representing physiological environment), we believe the present study demonstrates the clinical application potential for autologous ex vivo thymus regeneration and T lymphopoiesis. During my Summer Scholars project, I will extract, isolate and passage murine TECs, TM, and magnetically-selected HSPCs to recellularize the scaffold constructs and seed the custom hydrogels. Then, T lymphocyte output will be characterized at the 2-week and 4-week checkpoints. Specific to quantification, I will use FACS to characterize the expression of DLL4, FOXN1, AIRE, Ck5, Ck8, and other markers to assay early T stage production, thymic regeneration, systemic negative selection, and thymic morphology. To verify CTL and Th cell maturation, CD8 and CD4 binding monoclonal antibodies (cell surface markers for CTL and Th cells) will be used, respectively. Lastly, immunohistology sectioning will be performed before decellularization and after recellularization for scaffold cell engraftment and proliferation analyses. Undoubtedly, I look forward to contributing intellectually and experimentally to these studies as I see how a multitude of white blood cell disorder therapies could benefit in the future from this study’s promising design.

My aims are to complete my doctoral program applications this summer and pursue a degree in Biomedical Engineering to specialize in targeted gene delivery for improving blood disorder therapies. I believe these fields to represent the next evolution of medicine, and I find it a privilege to dedicate myself to these pursuits and an honor to work with the brilliant individuals at WFIRM and SRF.