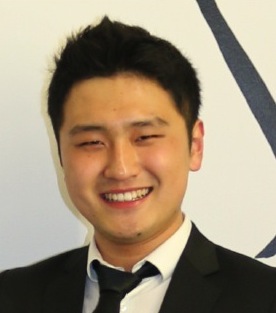 My name is GiHun Choi. I am a rising senior at Massachusetts Institute of Technology (MIT) in the department of Biological Engineering. Throughout my undergraduate career, I have developed a strong interest in regenerative medicine that can be translated into clinics to address different patients’ unmet needs.

My first major introduction to the research environment was during my freshman year at MIT. It was in the lab of Dr. David Sabatini at the Whitehead Institute, under the supervision of Dr. William Comb. The lab is particularly interested in how amino acids affect protein synthesis through mTOR (mammalian target of rapamycin) pathway, specifically in the context of muscle atrophy. The mTOR pathway is linked to nutrient sensing and protein synthesis, where the nutrient serves as a switch. With the presence of nutrients, the mTOR pathway is activated through a series of phosphorylation events on the proteins within the pathway. Among them, mTORC1 protein plays an important role in interacting with the proteins that directly affect transcription, such as S6K and 4EBP-1 [1]. Thus, mTORC1 activity influences protein synthesis within a cell. Understanding this signaling pathway and mTORC1’s effect on protein synthesis, the possibility of treating muscle atrophy with novel amino acid mixture therapeutics was investigated.

We used the hindlimb immobilization model to introduce muscle atrophy to our mice. By casting the hindlimbs, the mouse couldn’t use its hindlimbs, which resulted in reduced muscle mass. Then, I stimulated mTORC1 activity in these animals by injecting them with amino acid mixtures, specifically L (lecuine) and LRK (leucine, arginine, lysine). Data from these treated mice were compared to those from control fasted mice, which received no nutrients. After 3-7 days, livers and gastrocnemius muscles (one of the two major muscles behind the leg that flexes upon movement) were collected, and western blot analysis was performed to assess mTORC1 activity. For each sample, the signals for two of the main proteins that are involved in mTORC1 activity, P-S6K and 4EBP-1, were examined in muscles from immobilized and control hindlimbs. The weaker P-S6K and 4EBP-1 signals from fasted mice compared to those treated with amino acids indicated that there was much less mTORC1 activity and protein synthesis within the muscle cells. This result confirmed that the mTOR pathway, and therefore protein synthesis, could be stimulated with our amino acid treatment. At the same time, amino acid treatment was more effective on the mobile limb sample than the immobilized limb, which provided an insight into the relationship between muscle use and amino acid sensitivity. The results imply that combining active exercise with amino acid treatment could make the treatment more effective against muscle atrophy.

I have been working in Dr. Linda Griffith Lab in the MIT Center for Gynepathology Research under the supervision of Dr. Victor Hernandez-Gordillo, since the beginning of my sophomore year. My project focuses on developing an in vitro intestinal model that captures interactions between different cell types. An in vitro model, constructed from cell lines generally allows more isolated and controlled study than in vivo models that use living organisms [2]. Currently, the most widely used in vitro model of intestine consists of a single layer enterocyte cells on a porous membrane [3]. These enterocyte cells, derived from a colorectal cancer cell line (Caco-2), have brush-like surface for absorbing nutrients. Although nutrient absorption is important, the intestine is composed of diverse elements attributed to other functions, such as creating a barrier against infections. In brief, this basic model fails to incorporate other cell types present in intestine such as fibroblast and immune cells, and the extracellular matrix (ECM) support that are essential in recapitulating the in vivo intestinal biology. Thus, a better model of the intestine would contain epithelial cells on the surface, as well as stromal cells underneath, in an ECM support. Natural ECM consists mainly of collagen, laminin and fibronectin. However, natural ECMs are difficult to tailor to specific applications. Thus, my project focuses on developing a synthetic matrix support that would enable the growth and differentiation of multiple cell types present in the intestine.

We use molecule called polyethylene glycol (PEG) to create synthetic matrices with physical and mechanical properties (stiffness, water content, etc.) similar to natural ECM. The PEG molecule has multiple arms that can be tailored with cell adhesion motifs derived from ECM molecules (fibronectin, collagen, and laminin) to promote cell adhesion and differentiation. Motifs sensitive to degradation by various matrix metalloproteases (MMP) enzymes were also added to the matrices to allow the cells to remodel their environment. When these “MMP-degradable” motifs were added to the PEG-based solution, they allow the solution to form a hydrogel. To build a more advanced model of intestine, we are using intestinal myofibroblast and the Caco-2 cells. Myofibroblasts are a type of fibroblast that migrate toward damaged regions and promote regeneration [4]. Our model was constructed by placing Caco-2 cells on the surface of the hydrogel that contains myofibroblasts. Synthetic ECM from the hydrogel provided a suitable environment for both cells, allowing them to effectively proliferate and differentiate. A complete Caco-2 monolayer was observed on the surface, while myofibroblasts were migrating upward to the monolayer. This initial work, using commercially available cell lines, paves the way to build an advanced model using primary cell lines derived from healthy as well as diseased patients.

SRF’s commitment to use regenerative medicine to tackle various age-related diseases captivated my attention. I wanted to contribute to the effort to devise creative solutions to existing clinical problems. At the same time, SRF’s focus on producing effective scientists by educating students in both technical and communication skills aligns with my interests. As a SRF Summer Scholar, I hope to meet different professionals in the field of regenerative medicine, explore possible areas for future research, and further develop my communication skills.

Determining the Efficacy of oHSV-loaded MSC Treatment for Advanced Melanoma

My project will be conducted under the mentorship of Dr. Wanlu Du in the lab of Dr. Khalid Shah at the Harvard Stem Cell Institute and Massachusetts General Hospital. It focuses on exploring the possible application of therapeutic mesenchymal stem cells (MSC) loaded with oncolytic herpes simplex virus (oHSV) to treat advanced melanoma.

Melanoma is a type of skin cancer that arises from the uncontrollable growth of melanocytes that are commonly found in skin [5]. Some melanomas are caused by exposure to carcinogenic factors, such as extreme exposure to ultraviolet (UV) radiation and other mutagens. Currently, the mainstay of therapy for early stage melanoma is a surgical excision in which the tumor and surrounding normal tissue in a specific margin are resected. If diagnosed early, surgery cures the majority of the patients. Advanced melanoma, however, is characterized with the metastasis of the cancer from its primary site to other parts of the body at any time point in the disease. With a 5-year survival rate of only 16%, it is one of the deadliest cancers [6].

The major components of the project are oHSV and MSC. Oncolytic viral therapy has demonstrated its efficacy in treating advanced melanoma and the first product, Imlygic, was FDA-approved last year [7]. With its selectivity against tumor cells, the virus infects, replicates inside, and eventually kills the cancer cells in a process known as oncolysis. The oHSV virus was also engineered to produce human granulocyte-macrophage colony-stimulating factor (GM-CSF), a protein involved in eliciting immune responses, as an immunotherapy strategy against melanoma. Separately, it has been also noted that MSC’s have the capability to track tumor lesions and can serve as cellular vehicles to deliver therapeutic cargos on-site [8,9]. Therefore, my project seeks to develop a better melanoma therapeutic by combining the advantages afforded by oncolytic viruses and MSC’s. I aim to engineer therapeutic MSC with oHSV (MSC-oHSV) and develop a novel stem-cell-based oncolytic virotherapy for advanced melanoma. The Shah Lab has, in fact, explored this strategy in treating glioblastoma (GBM), one of the most invasive and deadliest brain cancers [10]. MSC can be loaded with oHSV, which can then be released from lysed MSC to infect and kill adjacent tumor cells (Figure 1).

I will be testing the efficacy of MSC-oHSV treatment in the mouse in vivo model. The model will be first developed via subcutaneous injection of an established mouse melanoma cancer cell line. Then, the tumor region will be resected and treated with MSC-oHSV. Both bioluminescent and fluorescent imaging will be used to track the progress and evaluate the efficacy of the treatment. Ultimately, validation of the use of MSC’s as cellular vehicles to deliver anticancer agents to treat advanced melanomas would broaden the potential of stem cell in cancer metastasis therapeutics.

After the SRF Summer Scholars Program is completed, I will be continuing my senior thesis research project in the Griffith Lab at MIT. My plan is to pursue graduate school for a PhD, possibly in the field of regenerative medicine, neuroscience, or systems biology. In my future career, I hope to become an innovator that continually pushes the boundary of science and puts a big smile on patients around the world.

6. Welsh SJ, Rizos H, Scolyer RA, and Long GV. Resistance to combination BRAF and MEK inhibition in metastatic melanoma: Where to next?. European Journal of Cancer. 2016; 62:76-85.