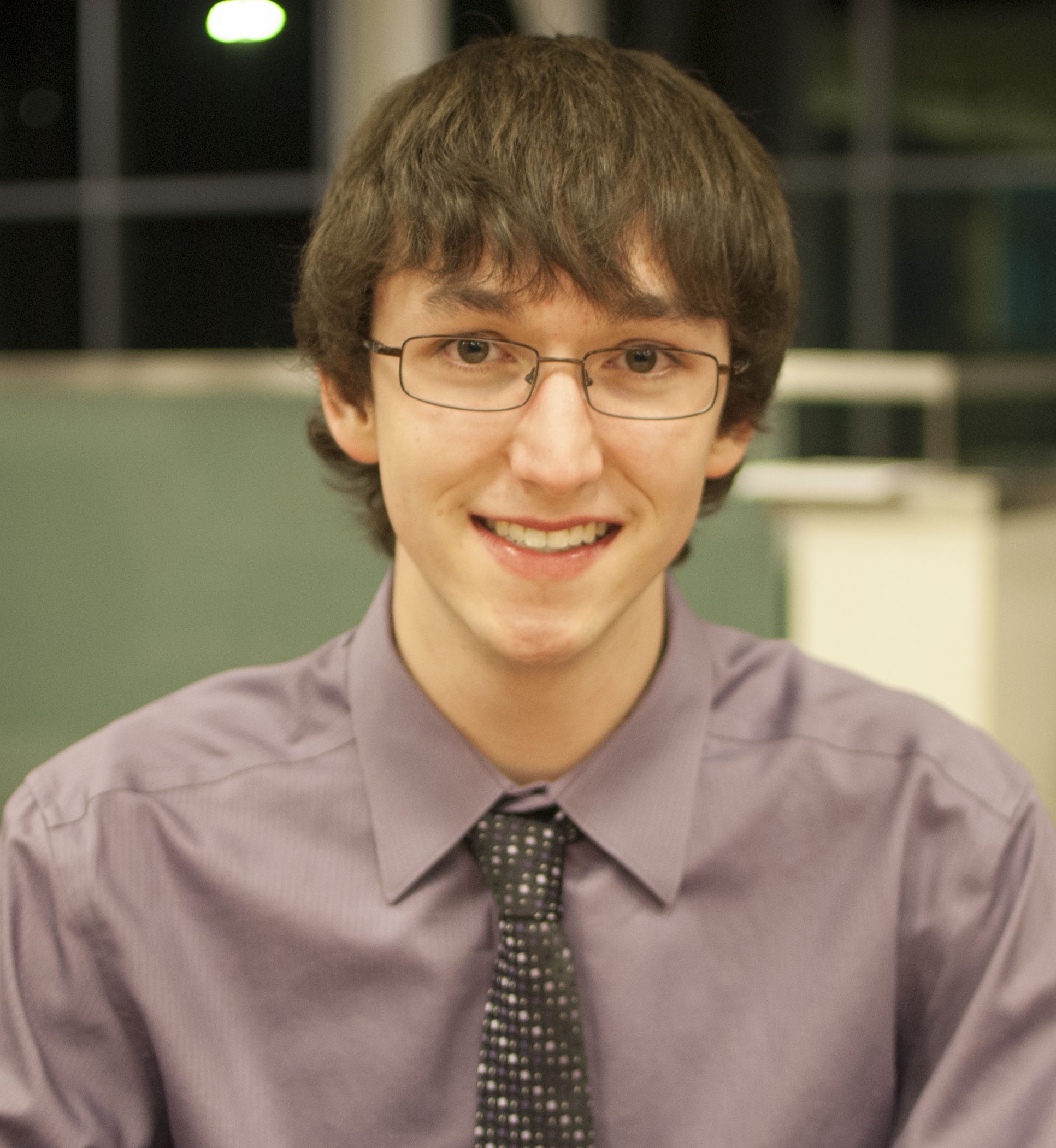 My name is Dayne Martinez. I am a rising senior at Grand Valley State University where I am working to earn a degree in Biochemistry. For several years now, I have been excited by the prospect of using strategies from regenerative medicine to develop novel therapies for neurological problems. Getting involved in SRF’s research has given me an opportunity to pursue that passion, and it will give me important experience that will help me later in my career.

Last summer, I worked in the lab of Dr. Michael Uhler at the University of Michigan as an intern for the Summer at Michigan for Undergraduate Research Training Program (UM-SMART). My project was a part of a larger effort to discover chemical compounds and transcription factors that can be used direct human induced pluripotent stem cells to change into specific subtypes of neurons. Being able to generate a specific subtype of neuron has numerous potential applications, such as the development of disease models and drug screening platforms.

Two of the methods that were used to analyze the cells over the course of the study were live cell imaging and FACS (fluorescence-activated cell sorting). To facilitate those analyses, I designed and constructed vectors to insert a fluorescent reporter gene downstream of neuron subtype-specific genes through CRISPR/Cas9-mediated homologous recombination. In particular, I designed vectors to target the genes coding for either VGLUT1 or VGAT, which are vesicular transporter proteins expressed uniquely in glutamatergic and GABAergic neurons respectively. I used PCR to generate homology arms for both genes. These homology arms are regions that facilitate recombination that could be used for sequence-specific insertions. Over several rounds of sub-cloning, I constructed complete targeting vectors that contained the fluorescent reporter gene flanked by the homology arms. I also designed sgRNA that will be used to guide the Cas9 endonuclease. Ideally, Cas9 will generate a double-stranded break at the genome loci specified by the sequence of the sgRNA. This is followed by homology-directed repair, which results in the reporter gene being inserted at the cut site [1].

For the last two years, I have worked in the lab of Dr. Merritt Taylor at Grand Valley State University. My project has revolved around the study of Nato3, which is a transcription factor expressed in the floor plate region of the neural tube during development. Nato3 has been shown to be important for promoting the neurogenic activity of the mesencephalic floor plate region through the repression of HesI [2]. This function is of interest to us because that particular area of the floor plate region gives rise to an important population of dopamine-producing neurons. These neurons, located in the substantia nigra pars compacta, are the primary target of degeneration in Parkinson’s disease (PD). When these neurons die, proper dopamine input to another brain region, the striatum, is disturbed. This disruption leads to the multiple motor and cognitive symptoms associated with PD.

As described above, the loss of dopaminergic input to the striatum is the cause of the motor and cognitive symptoms of PD. Current therapies rely upon the administration of L-DOPA, the direct precursor of dopamine, to alleviate these symptoms. Unfortunately, the effectiveness of L-DOPA therapy decreases as the disease progresses. Administration of L-DOPA over an extended period of time can lead to the development of a dyskinesia, which is a condition characterized by difficulty performing voluntary movements. The shortcomings of L-DOPA therapy leave room for the development of better treatments. One promising approach is cell replacement therapy. This therapeutic approach entails transplanting new dopaminergic neurons into the striatum of patients with PD with the goal of replacing the innervations that were lost. One source of dopamine neurons for these grafts is induced pluripotent stem cells (iPSCs), which are stem cells generated from somatic cells. These cells, which can be used to make dopamine neurons for such a graft, are excellent candidates for cell replacement therapy because they are readily sourced from the patient’s own skin cells. Additionally, the grafts should not be rejected by the recipient’s immune system because they are derived from the patient’s own cells [3].

A critical barrier for cell replacement therapy for PD is quality control of the grafts used for transplant. For my project, I will be working in the lab of Dr. Jeanne Loring under the supervision of Dr. Andrés Bratt-Leal at The Scripps Research Institute. I will be generating dopamine neurons from patient-derived iPSC lines. I will then analyze the neurons using several different methods in an effort to develop quality control assays that can be used to verify the purity of cells to be used for a cell replacement therapy graft. These methods include immunocytochemistry, qt-PCR, flow cytometry, and microarray analysis. The goal is to obtain a pool of cells with a high purity of dopamine neurons, so these assays will be aimed at screening for other cell types that should not be present in a potential graft.

Figure 1. Example of immunocytochemistry technique to be used for verifying the identity and purity of cells.

Blue=DAPI (nuclear stain), Red=β-Tubulin III (neurons), Green=TH (dopaminergic neurons). Other positive markers for dopaminergic neurons that will be used include NURR1, LMX1A, and FOXA2. Markers to screen for undesirable cell types include OCT4 (pluripotency marker), PAX6 (non-dopaminergic neural precursors), and SERT (serotonin neurons). Cells that have been stained for these markers can be quantified using flow cytometry. These methods will be combined with other quality control measures such as qt-PCR and gene expression data to verify the purity of a potential graft.

I am enthusiastic about the field of regenerative medicine. In particular, I would like to work on developing better therapies for various neurological conditions. To this end, I plan on earning a PhD in Neuroscience. My career plans are not set in stone, and I am open to working in industry or academia at this point.