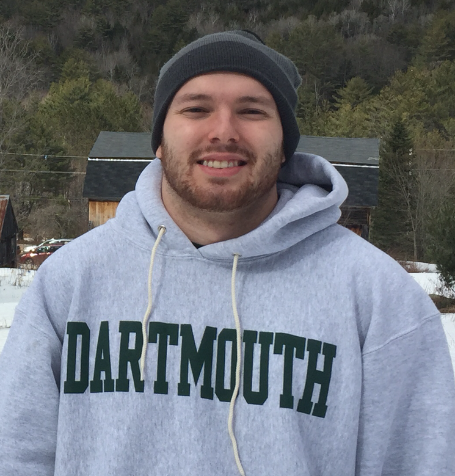 My name is Sumner Kilmarx; I am a rising junior at Dartmouth College where I am majoring in molecular biology. I previously performed research in the Immunology Department of the Kadmon Corporation in New York City. My Principal Investigator was Dr. Alexander Zanin-Zhorov and my post-doctoral advisor was Dr. Jonathan Weiss. Our lab investigated the overactive Th17 cell response, which causes your immune system to attack your own cells and which is present in numerous autoimmune diseases, particularly chronic graft-versus-host disease. Kadmon had developed a selective ROCK2 inhibitor (small molecule drug known as KD025) that shifted the T-cell population towards a non-autoimmune population. We characterized the T-cell response to KD025 as well as developed novel pharmaceuticals to decrease the number of aggressive immune cells.

During my time in the Kadmon lab, our goal was to develop pharmaceuticals to treat autoimmune disease. I worked primarily in tissue culture handling blood samples from human patients. I treated primary human cells with KD025 and similarly-shaped drugs (called “analogs”) to test if an analog of KD025 could achieve a better result than KD025 itself. After treating the cells for a given time, I collected the cells for FACS analysis to look at the receptor proteins on the plasma membrane in order to measure how the cell population shifted. Our theory was that inhibition of the protein of interest, ROCK2, was driving the population shift. ROCK2 is part of a complex signaling pathway, one which is not fully defined. To further our knowledge of the effect of ROCK2 inhibition, I performed immunoprecipitations to attempt to elucidate the protein-protein interactions involving ROCK2, but was unsuccessful. Similar to the senescent cell phenotype described below, autoimmune T-cells express a characteristic secretory phenotype that encourages inflammation in surrounding tissue. When the cells shifted from an autoimmune state to a non-aggressive state, the secretory phenotype was also expected to shift. To investigate this phenomenon, I manipulated the cells such that the normally secreted proteins remained trapped within the cell and conducted Western blots to measure protein level changes in response to the different KD025 analogs. At the end of my internship, we had promising results that demonstrate KD025’s effectiveness in altering the number and type of T-cells in an autoimmune model and were entering a Phase 2a clinical trial to measure the drug’s safety and success in the human model.

I was drawn to the SRF Summer Scholars Program because I have a personal interest in age-associated diseases and because the research that occurs through the SENS Research Foundation is truly groundbreaking. The ability to slow, halt, or reverse the aging process has always been considered a lofty goal, but our research indicates that humans have the ability to control this process. I find this work fascinating and am excited to continue to work to increase the quality of life of people around the world.

My current work at the Buck Institute for Research on Aging is based in the laboratory of Dr. Judith Campisi under the guidance of Dr. Marco Demaria. We focus on characterizing cellular senescence, a cellular state of irreversible growth arrest, which can be induced by different type of stress, including carcinogens, radiation, and genotoxic drugs. A senescent cell is characterized by loss of proliferative capacity, changes in morphology and metabolism, and hyper-activation of secretory capacity, which is defined as Senescence-Associated Secretory Phenotype (or SASP). The new phenotype of a senescent cell is complex, tissue-specific, and includes different cell and non-cell autonomous effects which can cover either beneficial or deleterious roles.

Senescence is a potent cancer-suppressing mechanism because senescent cells are no longer dividing- thus preventing cancer growth. Another important benefit of senescent cells is that they support wound healing in response to acute damage (such as a cut or other trauma) by promoting inflammation and regeneration of blood vessels. Young adults have low numbers of senescent cells in their body; however, the number of senescent cells is dramatically increased with age and in patients going through chemotherapy as part of cancer treatment. The cells accumulate with age or chemotherapy and acquire deleterious roles, populating important niches in tissues and secreting factors that can alter the microenvironment. Ironically, the proteins they secrete can also promote cancer growth in the surrounding tissue of non-senescent cells. This is part of the complexity of cellular senescence, and we are conducting research to explore the dichotomous nature of senescence in cancer growth.

Figure 1. Gene expresison levels of IL-6 in response to the chemotoxin palbociclib.

Depending on whether or not cells were treated by the chemotherapy drug palbociclib, cells expressed different levels of IL-6, an important signaling factor for inflammation and proliferation. We found that senescent cells show a large increase in the amount of IL-6 mRNA transcripts, indicating that senescent cells produce much more IL-6 than a normal cell should. This indicates the power of a senescent cell to remodel its environment and affect nearby cells. The different cell lines used were BJ and WI38 cells, both of which are primary human fibroblasts derived from foreskin and lung, respectively. Cell culture and lysis were performed by Dr. Demaria, while I performed RNA quantification, RT-PCR, and qPCR on cell lysates. Each treatment condition was generated by biological triplicates, and data was derived using technical duplicates. IL-6 transcript levels were normalized to alpha-tubulin transcript levels independently for each data point. Error bars represent standard error, N=3.

One of the main ways that senescent cells arise is in response to chemotherapy. However, the phenotype of the chemotherapy-induced senescent cells is poorly understood. In particular, my project as a Summer Scholar is to investigate the effect of chemotherapy drugs on different murine and human primary cells to induce senescent phenotypes, and to characterize the SASP factors involved. I will treat cells with chemotherapy drugs and score the cells for their degree of senescence based on several tests, including growth rate, gene expression, and metabolic shifts. My goal for this project is to characterize the cellular response to chemotherapy, so we can better understand the senescent phenotype, including which factors the chemotherapy-induced senescent cells can secrete. We hope to discern chemotherapy drugs that do not promote recurrence of cancer. If the drug does not cause senescence or release specific SASP factors, it will not create an environment in which the cancer can recur. This research could have dramatic consequences for developing new therapeutic strategies to interfere with cancer growth and metastasis.

Looking towards the future, I will be returning to Dartmouth for my senior year to complete my undergraduate degree. After I graduate, I plan on taking a gap year as I finalize my plans for graduate school and prepare my applications. During my gap year, I hope to join a research laboratory to further develop my skills.

In terms of my career, I wish to pursue a combined MD/PhD degree so I can continue to work in a research setting as well as follow my passion on the clinical side of medicine. I hope to work in a major research hospital and continue to improve human life by developing novel agents to more effectively treat the most serious diseases that plague humans.