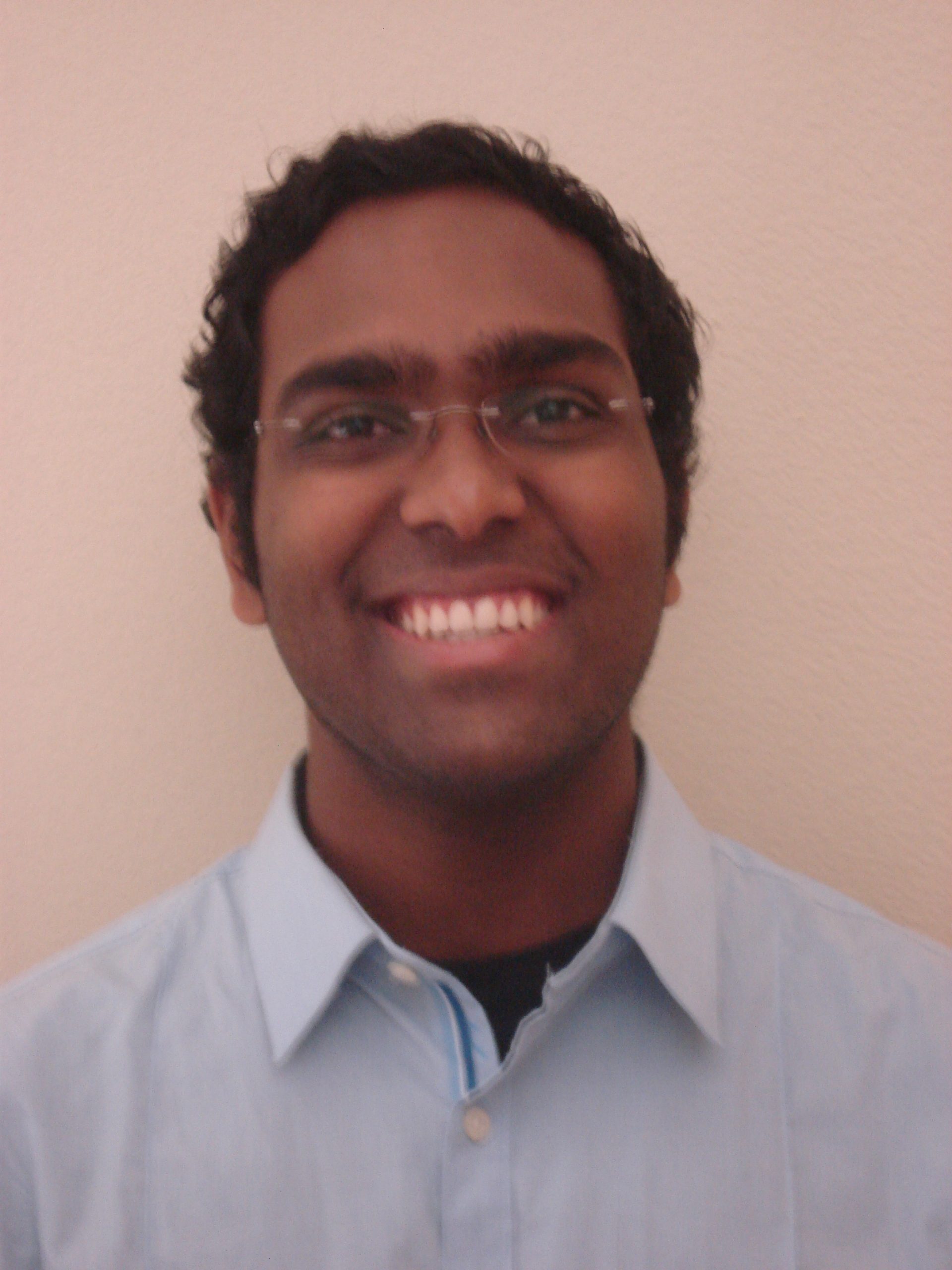 Hello, I am a rising junior at the University of California, Berkeley planning on double-majoring in Molecular and Cell Biology (with an emphasis in Neurobiology) and Public Health and minoring in Public Policy. With an interest in science primarily instilled by my family and early educators and a passion for neurobiology cultivated by the amazingly comedic book Blood, Bones, and Body Bits and competing in Science Olympiad, I have participated in several research experiences studying the nervous system.

During my senior year of high school and summer before college, I interned in the Gage lab at the Salk Institute where I helped a postdoctoral member of the lab, Dr. Jerome Mertens, study the physiological differences between old and young neurons by constructing viral vectors for cellular visualization. Due to previous advances in reprogramming fibroblasts to induced pluripotent stem cells, the lab had a suitable supply of in vitro cellular models of neurons. Since other studies at the Salk Institute showed that age-dependent deterioration of nuclear pore complexes cause reduced nuclear integrity in post-mitotic cells, we sought to explore whether neurons acquired from old and young reprogrammed fibroblast sources exhibit differences in nuclear leakiness. As neurons are quiescent and remain in G0 without undergoing mitosis, they are inherently post-mitotic cells derived from neuroblasts. Consequently, neuronal nuclear pore complexes do not have the benefit of mitosis to regenerate, so they are vulnerable to oxidative stress and accumulated damage.

To characterize this phenomenon in neurons and provide an in vitro model for aged neurons to study age-associated diseases, such as Alzheimer’s and Parkinson’s, we visualized the different locations of proteins in the cell. To do this, I constructed plasmids that enabled the detection of proteins located in either the cytoplasm or the nucleus, as a colored light would be emitted upon binding to the protein of interest and would be visible via microscope. Following viral transduction of neurons, I viewed cultures and captured overlay pictures using fluorescent microscopy to observe nuclear leakiness. Thus, we could demonstrate that the nucleus was leaky if we saw proteins in the cytoplasm that were supposed to be located primarily in the nucleus or if we saw proteins in the nucleus that were supposed to be located primarily in the cytoplasm. I also visually evaluated neuronal nuclear integrity and form to further describe age-associated alteration to nuclear structure and functionality. From all of this information, the concept of age-associated neuronal leakiness was confirmed. Neuronal nuclear leakiness and malformation were more evident in older neurons than younger neurons. Additional experimentation could verify the statistical significance of these observations and could help explain the pathological processes of age-associated neurodegenerative diseases.

In an additional opportunity to illuminate the underlying causes of neurological conditions, I worked with Dr. Noopur Amin, a postdoctoral member of the Kaufer lab in the UC Berkeley Helen Wills Neuroscience Institute and Department of Integrative Biology, on an autism and depression project that studied the neural circuitry of stress-linked prosocial behavior in rats. Utilizing a rat behavioral paradigm where a free rat learns to help a restrained rat, a product of benevolent behavior, we manipulated neural systems associated with emotion, empathy, movement, and reward through three different methods to explore the neuroscience of altruistic behavior. Optogenetics involves the activation of neurons by shining light through a surgically inserted fiber optic cable in the brain of a rat whose neurons were infected with a virus that enables light reactivity. Adrenalectomies is a surgical method in which the adrenal glands are removed. And, RNA interference is a technique which blocks translation to prevent protein formation. Prosocial behavior is thought to involve numerous neural networks and structures, such as the HPA-axis, the amygdala, and the nucleus accumbens, which respectively implicate a stress response, emotions, and motivation. We looked at these three main pathways and regions, since people with autism or depression exhibit reduced prosocial behavior.

To motivate freeing the restrained rat, I decreased the degradation of acetylcholine in the second rat by using RNA interference to down-regulate acetylcholinesterase activity and stimulated select brain regions through optogenetics. We then visualized brain tissue to observe the implicated neural circuits and assess the consequences of viral, optogenetic, and surgical intervention. Preliminary data indicates that higher corticosterone (a stress hormone) levels and greater activity in the nucleus accumbens and anterior cingulate cortex, which are respectively related to motivation and sense of self, facilitates prosocial behavior. These findings not only provide a better understanding of the physiological characteristics associated with autism and depression but also provide avenues for exploring possible interventions to helping people enduring these conditions.

Wanting to refocus on research related to neurodegenerative diseases, I was led to the SENS Research Foundation with whom I share a vital commitment to combat age-associated disease.

At the Snyder lab of the Sanford Burnham Medical Research Institute and the Sanford Consortium for Regenerative Medicine, I work on a project guided by Dr. Lina Mastrangelo, a postdoctoral member of the lab, that is evaluating the interplay between two proteins implicated in the pathology of Parkinson’s Disease (PD). An age-related neurodegenerative disorder, as 60 years is the average age at which people are diagnosed, PD affects one in 100 over the age of 60.1 Mutations to the genes encoding the proteins Alpha-Synuclein, a very common cytosolic neuronal protein, and Leucine-Rich Repeating Kinase 2 (LRRK2), a protein that interacts and influences other proteins through phosphorylation and organelle interactions, are the only known mutations to cause clinical phenotypes closely resembling sporadic cases.2 These mutations lead to accumulation of alpha-synuclein in dopaminergic neurons of the substania nigra, a part of the midbrain involved in movement, and the consequent formation of intracellular protein aggregates called Lewy bodies that are responsible for neuronal cell death and for the clinical outcomes of PD. Impairment of autophagy, which is a way to clean up, breakdown, and export excess proteins from the neurons, may be the main cause of neurodegenerative diseases. Lysosomes are cell organelles capable of breaking down proteins, however the aging process may decrease this ability. In PD, studies suggest the abnormal function of two main protein degradation pathways – macroautophagy and a form of lysososomal degradation called chaperone-mediated autophagy (CMA).3

The goal of my project is to investigate the mechanisms by which alpha-synuclein and LRRK2 interfere with protein degradation in neurons generated from Parkinson’s patients using induced pluripotent stem (iPS) cell techniques. iPS cells are adult cells that are usually obtained from skin biopsies and genetically reprogrammed to resemble embryonic stem cells. Stem cells can grow into any cell type of the body. Thus, to investigate the role of LRRK2 and alpha-synuclein in lysosomal pathways, this technique will be used to generate neuronal cells from PD patients carrying the LRRK2 mutation, patients with a triplication of alpha-synuclein (PARK1 mutation), and unaffected control patients. I will evaluate how LRRK2 and alpha-synuclein influence autophagy by using Western blotting to measure biomarkers for autophagy and by conducting fluorescent microscopy staining to study the localization of key proteins, such as alpha-synuclein. I hope my project will provide insight into the cellular mechanics of Parkinson’s disease and improve the development of better therapeutics.

I plan to graduate from UC Berkeley in May 2017 and then pursue a medical degree to become a neurologist. Due to my passions for science and law, I hope to continue to contribute to clinical research and also earn a Masters Degree in Public Health. This way I can help both the patients I see and those I will not see by developing therapeutics for neurodegenerative diseases and implementing progressive healthcare policy.