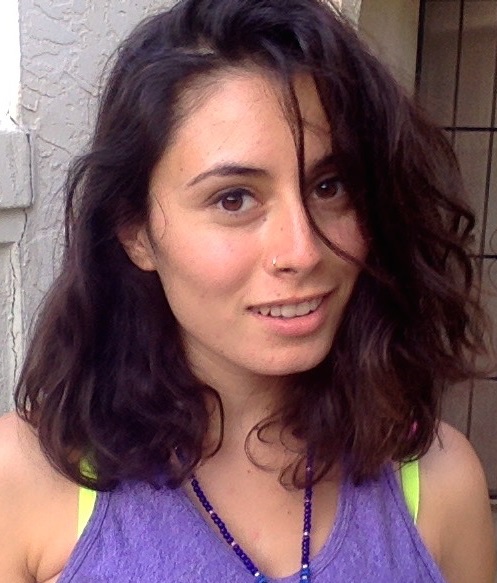 My name is Celine-Lea Halioua-Haubold, and I am a rising junior at the University of Texas at Austin where I am double majoring in Chemistry and Neuroscience. I was immediately captivated by neuroscience when shadowing a radiologist, where I was able for the first time to see the inner workings of the body. My interest in chemistry developed due to my placement in a lab studying nanomaterials by my university’s Freshman Research Initiative, an area which initially intimidated but now fascinates me.

The majority of my research experience has come from working under Regina Mangieri, Ph.D., and Tira Meyer, Pharm.D., members of Dr. Richard Morrisett’s neuropharmacology lab. The lab hopes to uncover the neuronal changes resulting from prolonged alcohol exposure by modeling the development of addiction in mice models. I assisted Dr. Meyer in conditioning her mice to drink ethanol along with basic mouse care. I also assisted Dr. Mangieri in her project to verify the effectiveness of Cholera Toxin subunit-B conjugated to Alexa Fluor-555 (CTB) as a fluorescent retrograde tracer of neuronal pathways. This was of interest due to the theory that different neuronal subtypes are modified differentially by long-term ethanol exposure. It is crucial to be able to differentiate subtypes visually in order to study the changes associated with each one. We conducted surgery to inject the CTB into an area of the brain that is part of the reward pathway in order to label these specific neurons for further experiments. We found that the CTB did succeed in labeling these neurons exclusively.

In Dr. Keith Stevenson and Dr. Stacia Rodenbusch’s Nanomaterials for Chemical Catalysis lab, I worked with DNA-templated silver nanoclusters (Ag-NC), a unique fluorescent nanoparticle, which is being investigated for clinical and research uses, such as identifying certain strands of DNA and delivery of drugs. The fluorescing wavelength of these nanoclusters is theoretically completely modifiable depending on the nucleotide sequence of the DNA strand, synthesis pH, and ratio of silver to DNA to reducing agent. Hoping to develop a new neuronal tracing method that is inexpensive, easy to produce, and able to be targeted to specific cell types, I synthesized and injected the Ag-NCs in vivo and then analyzed the distribution and labeling of the neuronal cell bodies. Full analysis of the brain slices has not been completed yet, however it has been provisionally noted that the Ag-NCs were non-toxic, stable in vivo for an extended period of time, and successfully labeled cell bodies. The next steps in the project will be to develop the ability to target them and explore drug delivery methods using the Ag-NCs.

As part of the SRF Summer Scholars Program, I have joined Dr. Evan Snyder’s lab of the Sanford Consortium for Regenerative Medicine at the Sanford-Burnham Medical Research Institute. Among his many research interests, Dr. Snyder helped establish the field of neural stem cells and is interested in their potential to repair damaged brain tissue.

Dr. Snyder’s lab works in the field known broadly as gene therapy. Gene therapy could allow specialized, highly targeted treatment of a disease by directly remedying the individual afflicted cells. This approach is applicable to most diseases but especially for those where, thus far, treatments have proven ineffective or lacking altogether. The most aggressive of the malignant brain tumors, glioblastoma kills 90% of patients within 3 years even with equally aggressive treatment. There is a desperate need for a treatment that is effective and safe. By understanding the intracellular mechanisms behind the cancer cell’s malignancy, it is possible to begin searching for therapies that directly target these pathways to render them inert. This method of treatment is incredibly interesting due to its potential specificity. With a well-targeted treatment, there should be little or no loss of healthy brain cells because the therapeutic targets are not present in healthy cells. This type of gene therapy could be just as deadly to cells as our current methods of cancer treatment – but, most importantly, have specificity to only those cells that are already unhealthy.

Neural stem cells (NSCs) have been shown to exhibit pathotropism: with no modification, they naturally gather in diseased or injured brain tissue. Like all cells, neural stem cells release exosomes. After being released from the parent cells, these nanoscale vesicles, which can carry RNA, DNA, and proteins, travel to their target cell where the vesicle is absorbed and the contents are released into the target cell. NSCs gather in diseased tissue, where they release these exosomes, which in turn enter the neighboring, diseased cells. This phenomenon presents a potential endogenous method of gene therapy delivery. It is theorized that loading the NSCs with a protein or RNA that disables a crucial pathway of the glioblastoma cells would ablate the tumor.

Measure of luciferase activity (an artificially introduced luminescent protein) of glioblastoma multiforme (GBM) cells allows a way to visualize changes in cell activity via variations in bioluminescence expression. A – comparison of GBM viability in four different cell mediums. There is a distinct lack of viability in the neural stem cell exosome (NSC EV) treated GBMs in comparison to GBM cells in two different mediums. The GBM cells in phosphate buffered saline (PBS) were effectively extinguished due to PBS’ inability to support cell growth. B – comparison of two different types of GBM cells in their response to NSC EVs. Both cell types showed less viability in the medium with exosomes, with an even further decrease in cell proliferation seen with higher concentration of NSC EVs.

This summer, I will assist Anthony Orona, a graduate student in the Snyder lab, in studying and improving the viability of this novel treatment method. We will develop a protocol to maximize uptake of NSC exosomes by glioblastoma cells in vitro. In order to load these exosomes, we will use viral transfection methods to overexpress various forms of RNA in the NSCs. These varying types of RNA have the ability to prevent the full production of a protein by inhibiting the process at different stages, depending on the characteristics of the RNA. The hope is that the exosomes released by the NSCs will be loaded with these special RNA, enter the glioblastoma cells, and either induce apoptosis or disable further division by strategically blocking certain proteins.

On the side, I will be working on a potential new method of introducing therapeutic materials into cells. Many non-viral methods of transfecting cells do not have a high percentage of efficiency due to the tendency of some cells to deflect the transfection. I will be hijacking a bacterial method of toxin entry into cells for delivery of my desired agents. It will be very important to validate the effectiveness, biosafety, dosing levels, and consistency of the method. I will optimize the method first by transfecting GFP (green fluorescent protein). Should those experiments prove successful, I will attempt to transfect therapeutic proteins into diseased cells. If the method works successfully in vitro by the end of the summer, the efficacy of this method will be tested in a mice model.

I hope to attend a research-intensive medical school where I will be able to continue exploring my research interests as well as train to be a physician. Long term, I hope to find a position in academic medicine, where I may continue to be involved in a lab, work with patients, and help train future generations of doctors. I believe the skill set taught during research is incredibly important for every future physician, even those not planning on actively working in a wet lab, I and hope that I can bring an interdisciplinary research-based approach to teaching medicine as a faculty member.