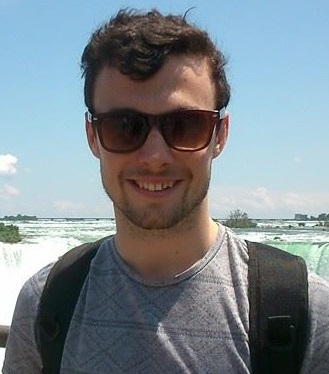 My name is James Smith, and I have recently completed a degree in Biological Sciences from Oxford University, graduating with First Class Honours. My previous research experience represents the greatly diverse avenues that I have enjoyed exploring throughout, and outside of, my degree. I am excited about the prospect of applying my knowledge to the exciting field of regenerative medicine, which is made possible by the support of the SENS Research Foundation (SRF).

Speciation is the process by which new species can form from a single ancestral species. One important question is how this process can occur in the absence of physical barriers that stop populations from breeding. In such cases, certain regions of the genome are more strongly associated with evolutionary divergence than others, and these regions tend to cluster together in what are called ‘speciation islands.’ The size of these speciation islands has become a contentious topic; modelling approaches predicted that they would be smaller than several observations suggested they were. Therefore, my undergraduate project, supervised by Dr. Dmitry Filatov, examined the size of the ‘islands’ in two flowering plant species of the Senecio family in an attempt to resolve this controversy. Using genetic and statistical techniques, I provided evidence supporting the hypothesis that speciation islands are indeed large, as suggested by previous observations, and contrary to predictions from modelling. Further, using separate and recently developed statistical approaches, I showed that several distinct selective pressures operate in the genome, indicating that various environmental factors have differing effects on genomic regions. This work is important in the larger framework of elucidating the genetic changes that lead to speciation, something that has puzzled and inspired evolutionary biologists throughout much of the last century.

In another project, I examined the potential role of caffeine in weight management. Caffeine is widely reported to aid in weight management by increasing fat metabolism and increasing energy use through increased metabolic rate. This topic has been reviewed extensively, but the efficacy of caffeine in weight loss, or prevention of weight gain, remains contentious. Very few studies and reviews differentiate between pure caffeine supplementation and supplementation with caffeine containing substances, such as coffee. Therefore, in a short essay supervised by Prof. Fredrik Karpe, I collated data from all published studies reporting the results of treatments that differed only from controls in caffeine content and analysed them in what is known as a meta-analysis. Meta-analyses collectively analyse data from multiple studies, giving statistics that summarise effects across all of the studies. The trials identified were conducted almost entirely in rodents, and I found that, in rodents, there was a significant dose response to caffeine supplementation in prevention of weight gain. I also highlighted the need for human trials using treatments of pure caffeine rather than caffeine containing substances as, at present, only one such trial exists.

As a summer intern at AB Vista, a supplier of enzymes for animal feeds, I worked under the supervision of Dr. Mike Bedford to co-author a review article which gave an overview of the use of enzymes in feed preparations and examined the relative benefits of multi-component versus single-component enzymes in non-ruminant, or simple-stomached, animals. Such a review was needed in this industry, as we found that many trials comparing single- and multi-enzyme treatments were flawed. For example, we noticed that growth trials often used diets that did not contain commonly supplemented enzymes, and were, therefore, of little industrial relevance. We highlighted such problems as well as other considerations for both industrial and academic parties. At the same time, we examined the effect of betaine supplementation on broiler chicken growth. Betaine is a derivative of glycine, an amino acid required for growth. As such, betaine might act as a dietary source of glycine, and we identified evidence that this is indeed the case. As well as learning to manage several projects in parallel, this experience in industry gave me a new and exciting insight into the applications of my biological knowledge outside of basic science and experience of the differences between academia and industry.

This industry experience highlighted a previously unknown area to me: that of ‘bridging the gap’ between basic and applied science. In the context of medicine, this area is known as translational research, and it is here that my project with the SENS Research Foundation lies, specifically in the field of regenerative medicine. I have thoroughly enjoyed each of my very different avenues of research, and nowhere is a broad scientific understanding and collaborative effort more important than in regenerative medicine, a field that is truly at the intersection of many different disciplines: not just science, but also economic and regulatory areas. Given my extensive academic experience in reviewing literature, I feel prepared to enter this new field, and my industry experience will, I hope, be useful in achieving the ultimate goals of regenerative medicine: seeing therapies reach the clinic. This aim, of translating scientific breakthroughs into real, concrete benefits, makes it a particularly rewarding area to study. The mantra of patient benefit driving research is powerful at the SENS Research Foundation, and this makes it an exciting organisation to be a part of; any research conducted is likely to lead to real benefits.

My research with SRF at the Harvard Stem Cell Institute will focus on the manufacture of GMP-grade extracellular vesicles and is supervised by Mr. Brock Reeve and Dr. Jeff Karp. Extracellular vesicles are small membrane bound compartments secreted by eukaryotic cells which are probably naturally used for intercellular communication. Despite first being described around 30 years ago, it is really only in the last 10 years that the therapeutic potential of these vesicles has become apparent. A challenge now facing the scientific community is moving from this potential towards a safe, consistent and commercially viable product, suitable for use in the clinic. Hence, my focus is on their scalable manufacture.

This vesicle was collected from the media on which stem cells were grown and visualised using a technique called cryo-transmission electron microscopy.

Of critical importance in seeing such therapies reach patients is a consistent and cost effective method of producing extracellular vesicles on a large scale. Products must conform to Good Manufacturing Practice (GMP) regulations, which ensure manufacturing processes are properly designed, controlled and monitored. Then, one must ascertain that the new therapy is more effective economically and/or biologically than therapies already in place. To address the economic aspect of this, my research will take advantage of software which can simulate the processes of extracellular vesicle production and compare the costs of such processes to those involved in the production of cell therapies across various potential applications. This research is invaluable because, at present, no quantitative assessment of the economic potential of extracellular vesicle-based therapies has been made and establishing the areas in which they are likely to be cost-effective is a crucial step towards seeing them implemented in the clinic.

In the near future, my plan is to pursue a Ph.D. Whether this will be in the pure or applied biological sciences is, at present, unclear. However, my hope is that my participation in the SENS Research Foundation Summer Scholars Program will provide me with some inspiration on what specifically to study and perhaps give my somewhat eclectic research portfolio a clearer direction. Regardless, I currently plan to pursue a career in research and stay involved with the scientific community for as long as possible.