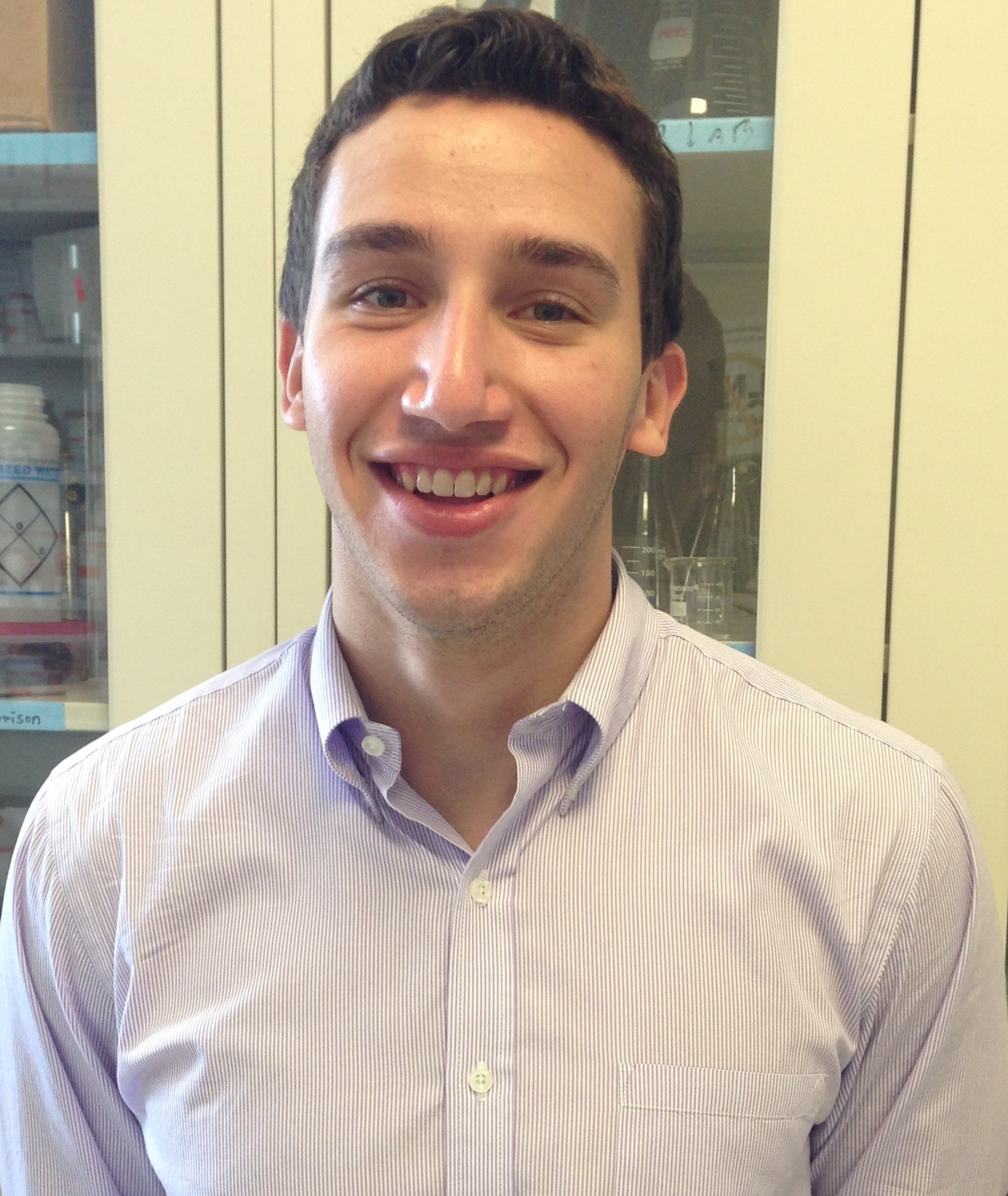 My name is Ethan Bassin, and I am a rising senior majoring in Bioengineering at the University of Pennsylvania. I first discovered the field of regenerative medicine in high school when I read an article in Scientific American about growing artificial organs. I was instantly captivated. Even though I already have some research experience, what is exciting about Wake Forest Institute for Regenerative Medicine (WFIRM) is their focus on clinical translation. WFIRM is an international leader in translating scientific discovery into clinical therapies and is working to grow tissues and organs and develop healing cell therapies for more than 30 different areas of the body.

Last summer, I worked in Dr. Jason Burdick’s lab in the Department of Bioengineering at the University of Pennsylvania. The title of my project was “Enzymatic Degradation and Cell Patterning of Fibrous Hyaluronic Acid Scaffolds.” Tissue engineering is an alternative to organ transplantation that uses a patient’s own adult stem cells. The stem cells are incorporated into a polymer scaffold, which mimics extracellular matrix (ECM) by providing structural support and regulating cellular processes. Currently, insufficient control over scaffold properties limits clinical translation.

The goals of this study were 1) to develop scaffolds that are composed of nano fibers and degrade enzymatically in an attempt to better replicate natural ECM and 2) to create patterned cell adhesion within nanofibrous scaffolds. Fibrous scaffolds of synthetically modified hyaluronic acid (HA), a natural polymer, were made by electrospinning to produce fibers with sub-micron diameters. The scaffolds were made enzymatically degradable by cross-linking with peptide via a light (ultraviolet) initiated reaction. A peptide sequence was used that is cleaved by matrix metalloproteinase (MMP), an enzyme naturally found in the ECM. In order to create patterned cell adhesion, scaffolds were hydrated in a solution containing RGD, a naturally derived amino sequence responsible for cell adhesion, and re-exposed to ultraviolet light to attach the adhesion sequences to the scaffolds. By using a patterned photo-mask, only certain regions of the scaffold were photo-patterned to include RGD.

This work represents the first time that enzymatic degradation has been engineered into an electrospun fibrous hydrogel scaffold. Enzymatic degradation had previously been incorporated into traditional hydrogel scaffolds but these scaffolds were unable to replicate the topographical cues that fibers provide cells for orientation and differentiation. The control of topographical cues through fibrous enzymatic degradation and spatial location through cell patterning could ultimately be used to form cell structures, such as blood vessels, or organize multiple cell types on the same scaffold, two major challenges to the field of tissue engineering.

This summer, as a SENS Research Foundation (SRF) Summer Scholar at WFIRM, I am working on a whole kidney engineering project under the mentorship of Dr. In Kap Ko, Dr. James Yoo, and Dr. Anthony Atala. SRF is a non-profit organization that sponsors work like mine that aim to repair molecular and cellular damage associated with aging in the hopes of curing age-related disease. Engineering a whole kidney construct to address the lack of transplantable kidneys for renal failure is one such project.

Recent progress in whole organ engineering techniques based on decellularization of organs and recellularization of the resulting collagen-based matrix suggests that this method could eventually be used in transplantation. The first step of this technique is the “decellularization” of native whole organs. Most decellularization methods have been based on perfusion of the organ through existing vascular systems with detergents and other agents. These perfusion-based decellularization protocols allow efficient removal of all native cells and residual DNA, while maintaining the structural integrity of the organ’s extracellular matrix. Next, the resulting acellular matrix needs to be re-populated with functional organ-specific cell populations (“re-cellularization”). Available cell sources for targeting specific organs can be seeded onto the decellularized matrix and be allowed to organize into functional components of the organ. Ideally, engineered whole organs should contain an intact 3-dimensional cellular architecture as well as a functional vasculature that is composed of suitable cell types for organ transplantation. Particularly, acellular kidney vasculature needs an endothelial cell lining to avoid blood clotting and thrombus formation when transplanted into a living recipient. To maintain blood circulation and induce renal functions, re-endothelialization of an acellular scaffold is critical.

The WFIRM team has developed a combination cell seeding system for efficient and functional re-endothelialization of the entire vasculature of an acellular renal scaffold. In their previous study, the team developed a surface modification method to reinforce endothelial cell attachment onto renal vasculature via CD31 antibody conjugation. CD31 antibody binds to an antigen found on endothelial cells. The effectiveness of antibody-conjugation-mediated re-endothelialization was evaluated through an in vitro cell detachment test using a microfluidic flow chamber system and an in vivo implantation test. Encouraged by their promising results using an endothelial cell line, the WFIRM team has recently attempted to re-endothelialize the kidney scaffolds using autologous cell sources for long-term porcine kidney implantation. This approach could potentially be applied to a translational clinical trial.

My career aspiration is to earn a PhD in biomedical engineering and then work as a senior scientist at a biomedical or regenerative medicine company. The aspects of research that I most enjoy are selecting project ideas and troubleshooting, interpreting the results, and trying to figure out what went wrong if they did not turn out as expected. As a senior scientist, I would be able to select research topics and direct research without directly conducting the experiments. At this point, I want to work in industry instead of academia because industry tends to have applied research. I think I will find applied research even more rewarding than basic research because I would get to see my efforts come to fruition with a product that could benefit the public.