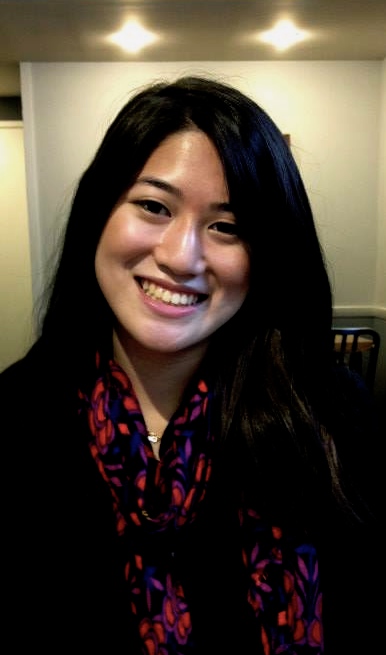 My name is Christine Wu, and I am a rising senior studying at the University of Pennsylvania who is working to achieve a Biological Basis of Behavior degree and a Creative Writing minor.

As a summer intern at Pfizer in the Precision Medicine Group of BioTx Clinical Research Department, I worked on a gene expression analysis project that focused on Inflammatory Bowel Disease, or IBD. IBD is an autoimmune, chronic inflammation in the GI tract that manifests in two major forms. Ulcerative Colitis (UC) is isolated in the colon and rectum, while my project’s main focus, Crohn’s Disease (CD) can affect any part of the entire GI tract. IBD has an important unmet medical need, since not all IBD patients are responsive to currently available IBD treatments, requiring 25-40% of UC and 70-90% of CD patients to undergo surgery within 20 years. As a member of the Precision Medicine group, I sought to better understand the disease on a molecular level to develop biomarkers that correlate with pharmacologic target modulators and also disease activity. My project consisted of testing human blood samples from CD patients and healthy volunteers as a control. After performing a series of isolation and target synthesis protocols, I ran each sample on a Human Genome Gene Chip with 54,000 transcripts per chip to obtain transcript data of each patient’s global transcriptome. Via data reduction and analysis through several software tools, I generated hypothesized molecular causal pathways. The overall data analysis confirmed a specific family of cytokines as a key regulator in IBD.

As an independent student researcher in the Stress Neurobiology Division of the Anesthesiology Department in the Children’s Hospital of Philadelphia, I have worked under the guidance of Dr. Seema Bhatnagar to develop a novel stress paradigm to model one of the main stressors in military personnel: sleep deprivation. Using sleep deprivation as a stressor, I evaluated its effects on anxiety-related behavior. Rats were placed in cylindrical chambers that required them to step over a rotating bar to introduce sleep deprivation episodes. These rats were sleep deprived for 4 hours per day for 4 days. Control rats were allowed to sleep at will because the bar in the chamber in which they were placed didn’t rotate. Behavioral consequences were subsequently evaluated using social interaction, a test of anxiety-like behavior in rodents. Typically, rodents that have not encountered each other spend time interacting upon meeting. The correlation between a decrease in time spent interacting with a novel animal and an increase in anxiety-like behavior is a well-established association validated by previous studies (Heydendael et al. 2013). Control or sleep-deprived rats were evaluated for their time spent interacting with a novel rat on day 5. I showed that sleep-deprived rats spent less time spent interacting with novel rats, suggesting more anxiety-like behavior. I then moved on to study a possible molecular mediator of these stress effects, focusing on sphingosine 1-phosphate (S1P) receptors. I helped set up the dual immunocytochemical protocol which allowed assessment of the location of these receptors, specifically in neurons in the hippocampus. My results helped determine the distribution of this receptor throughout the brain and evaluate the potential of S1PR as a molecular target to alter anxiety-like behavior resulting from sleep deprivation. Identifying such a molecular mechanism may further the development of potential anti-anxiety drugs.

While my previous lab work experience ranges from Gene Chip studies of Inflammatory Bowel Disease (IBD) to stressor models and brain study analysis of neuron receptors, SENS Research Foundation sets itself apart with a novel perspective in its overall belief in a world free of age-related disease. SENS Research Foundation’s ultimate mission to increase the human health-span is not only unique in its damage accrual and rejuvenation biotechnology approach, but also grounded in its establishment of assessing a distinct yet unsolved scientific need among exemplar scientific organizations.

At the SENS Research Foundation, I work in the OncoSENS department with Dr. Haroldo Silva. My project will study a specific pathway used by cancer cells called the Alternative Lengthening of Telomeres (ALT) pathway with the use of the ALT-associated promyelocytic leukemia (PML) nuclear bodies (APB) assay. It is well known that the shortening of telomeres in cells leads to cell death. In cancer cells, however, cells maintain their telomeres, lowering the barrier to unlimited proliferation (excessive cell growth and division) and tumorigenesis, resulting in the formation of a cancer tumor. Most cancer cells maintain their telomeres with telomerase, an enzyme that elongates telomeres by adding DNA sequence repeats to the ends of telomeres. Yet, 10-15% of cancer cells do not use telomerase and instead use the homologous recombination-based ALT pathway. Furthermore, it has also been proposed that tumors are capable of switching to the ALT pathway when the telomerase pathway is inactivated. (Hu et al. 2012) Unlike the telomerase-based pathway, much is still unknown about the ALT pathway and its targets. Of what is known, the ALT pathway is correlated with one or more of the following three main markers: (1) highly heterogeneous telomere length, (2) there is a presence of C-Circles, and (3) the presence of ALT-associated PML nuclear bodies (APBs) (Osterwald et al. 2011).

I will be performing Dr. Silva’s version of the APB assay on two specific cell lines: an ALT cell line, called U2OS, and a telomerase control cell line, called 143B. I will be treating each of these cell lines with four drugs provided to us by Dr. Robert J. Shmookler Reis of the University of Arkansas for Medical Sciences, which are all known inhibitors of different proteins in homologous recombination-mediated pathways. My project will assess the effect of these drugs on the ALT pathway. The results generated by the APB assay will provide new data to better assess the potential of these drugs for cancer therapy, particularly for tumors associated with the ALT mechanism.

Pictured are sample images of APB data collect from ALT (-) 143B and ALT(+) U2OS cell lines. APBs are marked by the yellow colocalization of the PML (red) and TRF2 (green) foci. Nuclear location is marked by DAPI-staining (blue).

My plans post-graduation are not yet set in stone, though I am confident that I will continue to pursue science. Whether it is to take a gap-year and work in a foreign country, pursue a Masters Degree in Public Health, and/or attend graduate school for a PhD, I hope to further explore the realm of science (while, of course, writing my non-fiction pieces on the side).