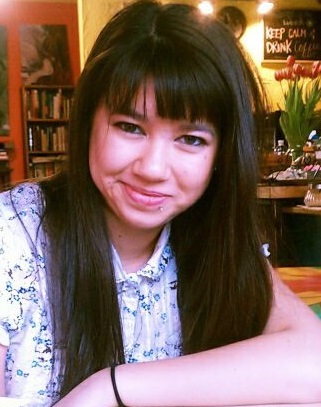 My name is Abby Hawkins, and I’m an inquisitive student with a passion for biology. I am a rising junior at the Indiana University of Pennsylvania and am currently pursuing a degree in Biological Sciences with a minor in Psychology. Over the past few years, I have gained a particular interest in neurobiological research. Working with SENS Research Foundation this summer excites me because I’ll have both an opportunity and challenge to grow and develop the skills that will shape my adult life both socially and career-wise.

As a freshman at Cedar Crest College, I participated in a year of research under Dr. Audrey Ettinger. Adult zebrafish continue to generate new neurons in the brain and retina throughout their entire lives. This neurogenerative ability allows this model to effectively restore vision to damaged retina under a variety of injury scenarios. My project’s objective was to map the signaling mechanisms for the formation of the African Cichlids’ rod photoreceptors from the outer limiting membrane to the outer nuclear layer, determining the location where the retinal stem cells began to differentiate. Furthermore, we wanted to investigate the relationship between the retinal stem cells and the migration of glial cells. Glial cells are non-neuronal cells that protect neurons (by creating myelin), supply oxygen and nutrients, and form the supportive niche environment necessary for neuron survival. Previous developmental studies performed on zebrafish have shown that as glial cells migrate to the outer nuclear layer, the retinal stem cells subsequently migrate and differentiate somewhere along the path of the glial cells.1 We decided to use the fish H. burtoni, commonly known as the African Cichlid fish, as our model organism to investigate rod genesis in the retina. Due to its similarity to the widely studied zebrafish, we predicted that we would discover similar migratory behavior in the development of rod photoreceptors and demonstrate evolutionary conservation. This research opportunity introduced me to the biology of retinal stem cells, the anatomy of the eye, and histological analysis.

This past year, I transferred to the Indiana University of Pennsylvania and joined the laboratory of Dr. Daniel Widzowski. Research interests of the Widzowski lab include the neuropharmacology of drugs of abuse (e.g., methamphetamine, nicotine) and mechanisms underlying drug-seeking behavior. Many diverse species ranging from humans to mice to planarians exhibit drug-seeking behaviors, suggesting that there may be common molecular and cellular mechanisms shared between species despite differences in nervous system organization. Although progress has been made defining basic neurochemical mechanisms of drugs of abuse, treatment regimens remain only modestly effective. Therefore, developing a better understanding of the interaction of cellular signaling systems may identify more effective treatments for patients. In my current project, I am examining the effects of monoaminergic compounds on drug-seeking behavior in planarians. Previous work in the literature2 has shown that drugs of abuse such as cocaine and D-amphetamine can induce drug-seeking behavior, measured as conditioned place preference (CPP) in planarians. Since such stimulant drugs interact with multiple targets (e.g., dopamine, norepinephrine and serotonin transporters), we sought to test the hypothesis that more selective tool compounds (e.g., selective dopamine transporter, DAT inhibitor) would also cause drug-seeking behavior in planarians to more precisely characterize the mechanisms involved. We use planarians, because of their relatively simple physiology and their regenerative capabilities.

My study tested the hypothesis that a selective DAT inhibitor, GBR 12909, could induce conditioned place preference in planarians.  Since there was no published data on the effects of GBR 12909 in planarians, I conducted tolerability studies to identify the maximal tolerated dose (MTD).  The MTD is the maximum concentration of a substance to which an organism can be exposed without leading to an adverse effect after prolonged exposure. If the drug dose exceeds the MTD, the planarian will experience adverse effects (i.e. seizure-like movements and potentially death), and drug-seeking behavior cannot be studied. Our initial observations suggested that the MTD of GBR 12909 was 100 nM. However, when we began CPP experiments using the 100 nM (MTD) concentration there was no evidence of GBR 12909-induced place preference, which contradicted our hypothesis. Instead, we observed stereotypic movements at what we had believed to be our MTD during CPP testing. CPP results are not reliable for planarians when stereotypic movements are induced in response to appreciable death of cells or organ dysfunction due to high toxicity. These results suggest that the MTD is actually lower than what we initially thought. Therefore, I next plan to further evaluate lower concentrations of GBR12909 in order to more accurately identify the MTD.

My project as a SRF Summer Scholar at the Wake Forest Institute for Regenerative Medicine (WFIRM) is focused on the treatment of inflammatory bowel disease (IBD) through regenerative cell therapy using mesenchymal stromal cells (MSCs). IBD can manifest as either Crohn’s Disease or ulcerative colitis, both of which are characterized by the presence of inflammation of the gastrointestinal tract and the presence of an uncontrolled immune response that leads to damage of the epithelial intestinal barrier. This disease affects 1.5 million people in the United States and 2.2 million Europeans. In most cases, symptoms manifest during young adulthood and result in a lifetime of suffering and high-cost treatments. Recently, the lab has generated an IBD murine model and treated the disease by intraperitoneal injection of human MSC’s. These MSCs were modified to overexpress molecules that increase homing to inflamed areas of the large intestine and immunomodulation factors that regulate immune responses (Figure 1A). These modified stem cells, as a result, stimulate tissue regeneration (Figure 1B).

A) Mesenchymal stromal cells (MSCs) are modified to overexpress a combination of homing ligands and immunomodulatory factors.
B) Modified MSCs migrate from blood vessels to the site of injury, the intestine, in order to reduce inflammatory response.

Under the guidance of my Principle Investigator, Dr. Graca Almeida-Porada, and my mentors, Dr. Melisa Soland, Chris Rodman, and Saloomeh Mokhtari, I am going to study the levels of human stem cell engraftment in mouse intestinal tissue using polymerase chain reaction (PCR). In order to detect human DNA, I will perform a PCR reaction that specifically amplifies human GAPDH (a common housekeeping gene). Furthermore, I will also determine the degree of epithelial damage before and after the stem cell therapy in order to determine the effectiveness of this treatment. Specifically, I will investigate the levels of apoptosis (the process of programmed cell death) in intestinal epithelial cells. In order to detect the degree of apoptosis in the treated/untreated mice, I will start by collecting tissue samples from the large and small intestine of each mouse and stain the tissues for the presence of damaged DNA by a TUNEL assay. Following the TUNEL assay, I will use colorimetric detection of cytokeratin to stain epithelial cells. After this procedure, I will quantify the number of cells that are both epithelial and apoptotic. We hypothesize that there will be a decrease of apoptosis in epithelial cells in mice treated with this stem cell therapy as compared to the untreated mice. This project has the potential to have a huge impact on those suffering inflammatory bowel disease in addition to providing insight into other stem cell therapy endeavors.

After graduation, I plan to pursue a MD/PhDd degree. I have a particular interest in studying environmental effects on behavior, neurophysiology, and stem cells. I aspire to develop a more holistic understanding of my area of interest in neuroscience during the next couple of years and acquire the necessary tools to conduct translational research. It is a privilege to be working with the SENS Research Foundation this summer, and I look forward to improving my scientific intuition.