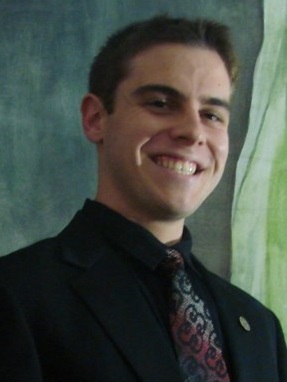 Ethan graduated from the University of Connecticut with a degree in pathobiology in May, 2013. While at UConn, he researched improvements to a system for generating recombinant vaccinia viruses in the laboratory of Dr. Paulo Verardi. In the summer of 2013, he joined the laboratory of Dr. Judith Campisi at the Buck institute for Research on Aging as part of the 2013 SENS Research Foundation Summer Internship. There, he studied cellular senescence, the process by which damaged cells enter irreversible growth arrest.

“Cellular senescence is invoked by normal dividing cells to prevent excessive cell growth. This protective mechanism prevents cells experiencing genomic stress, such as DNA damage, from becoming cancerous. However, senescent cells continue to persist and accumulate as we age. The secreted molecules from these accumulated senescent cells are hypothesized to contribute to chronic inflammation and overall aging of the organism. We can induce cellular senescence in response to stresses, such as DNA damage, telomere attrition, and oncogene activation, under controlled conditions. However, the precise source of senescent cells accumulating in aged individuals remains unclear.

Dr. Campisi’s lab seeks to understand the cause of senescence as well as the effect senescence associated secreted proteins (SASPs) have on the aging process. One phenomenon associated with aging is an increased number of cells that exhibit mitochondrial dysfunction. Mitochondria are the cellular structures which convert our food into a form of cell energy known as ATP (or adenosine triphosphate) through a process called cellular respiration. ATP is produced during the final stage of cellular respiration, known as the electron transport chain. During a key step in the electron transport chain, the enzyme NADH (nicotinamide adenine dinucleotide) is oxidized into NAD+, an essential cofactor in an earlier step in cellular respiration known as glycolysis.

This insight into the link between mitochondrial dysfunction and senescence is an important step in the development of interventions for preventing the accumulation of senescent cells and their adverse aging effects.”

Ethan won a competition among the 2013 SRF interns for an all-expense paid trip to the SENS6: Reimagine Aging Conference at the University of Cambridge to present his work. The interns were judged on the progress of their research project, their skill in orally presenting their results, and their understanding of the SENS principles. Ethan was invited to describe his project during the SRF Education presentation at SENS6. In fact, his work was deemed so promising that the mitochondrial senescent phenomenon will continue to be studied by his mentor, Dr. Michael Velarde. Stay tuned for a full description of Ethan’s 2013 Summer Internship data when the complete findings are published. Since completing his internship, Ethan has begun his doctoral studies in the Biological and Biomedical Sciences Program at Yale University.