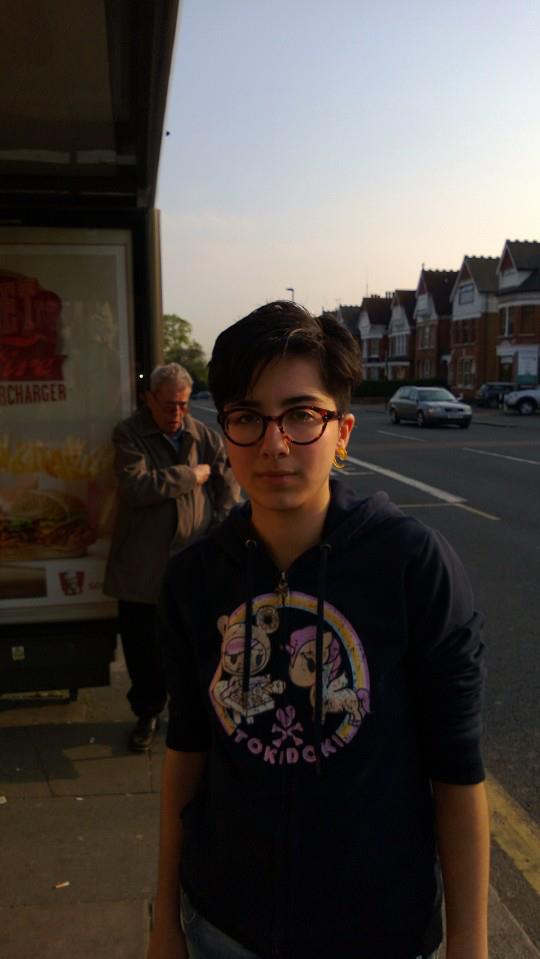 Ariana is currently pursuing a degree in Biological Sciences at Birkbeck, University of London. At Birkbeck, she worked in Dr. Cara Vaughan’s laboratory in the Department of Crystallography. There, she aided the lab’s Hsp90 studies by running electrophoresis gels and making bacterial media. Ariana founded The A Level Biologist website to help United Kingdom students studying for their A-level exam in Biology. She also authors the blog Principles of Evolution, where she discusses such topics as evolutionary theory, philosophy and space travel.

During her 2013 SENS Research Foundation Summer Internship, Ariana worked with the research group of Dr. William Bains at the University of Cambridge, which specializes in seeking compounds for degrading advanced glycation end-products (AGEs). AGEs are by-products of aging that accumulate in the area between cells called the extracellular matrix (ECM). The ‘cross-linking’ of AGEs causes wrinkles, stiff joints, hypertension, blindness, and other age-related conditions. Ariana’s project focused on optimizing the decellularization step that precedes quantitation of AGEs.

“My project sought to significantly shorten the period of time required for the decellularization of tissue samples. To analyze the contribution of specific AGE cross-links to tissue aging and test possible means of breaking those cross-links, it is first important to have a quick, simple procedure for decellularizing the tissue being studied. This procedure preserves all the major ECM proteins while removing the vast majority of cellular proteins. One hurdle in developing such a protocol designed to work with the ECM in isolation is avoiding low pH conditions or oxidizing chemicals common to rapid decellularization methods because they might alter cross-link density in the ECM. A second requirement for this protocol is the ability to work in a wide array of tissues, including tissues such as cartilage and bone, which are difficult to manipulate into thin sheets.

By 3 different measures of decellularization (DNA concentration, residual dehydrogenase activity, and nuclear staining) confirmed the efficiency of the new protocol at removing cellular content in muscle, skin, and tendon tissue samples in a shorter time, all while maintaining the ECM scaffold.

In tendon samples, for example, I observed a 94% decrease (±2.9) in DNA concentration by the 3rd day of the new protocol. When compared to muscle samples (which are less tough than tendon) prepared using the old 10-day protocol, the results were virtually identical. The new decellularization protocol also proved to yield a similar decrease in DNA concentration when applied to skin and muscle samples.

By assaying DNA concentration, you can see the virtually cell-free tissue produced by the 3-day protocol in the following figure. This technical improvement represents an important step in the lab’s goal of developing drugs which can target and cleave AGEs, such as glucosepane, which are abundant in aged human tissue.”

Ariana presented her work at the SENS6: Reimagine Aging Conference held at Queens’ College, Cambridge in September 2013. The new decellularization protocol will be published in the April 2014 special edition of Rejuvenation Research. With the end of the summer internship, Ariana has returned to her undergraduate studies at the University of London, Birkbeck where she continues to be an advocate of SRF’s mission and maintain her website and blog.