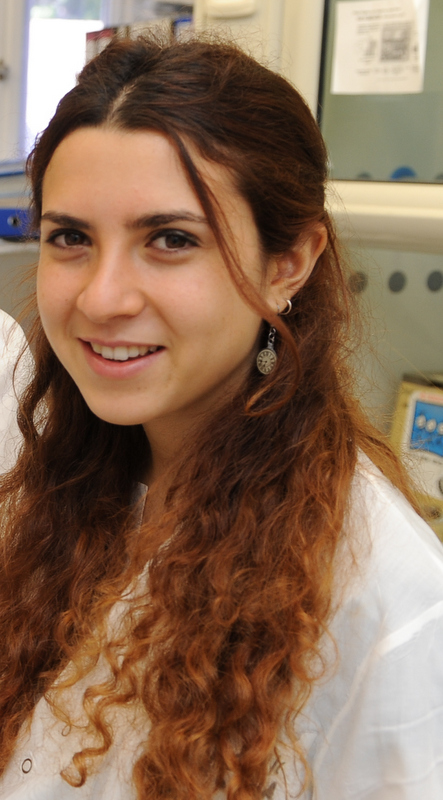 Shahar began taking classes at Tel Aviv University when she was only 15 years old. At age 16, she independently completed her matriculation exams to become a full-time student at Tel Aviv University, and, in the process, became youngest student ever to enroll at the faculty. In 2013, she was awarded a Bachelor of Science Degree in Biology.

During her time at Tel Aviv University, she conducted research in two laboratories. As a member of Dr. Daniel Segal’s laboratory, she studied the effect various inhibitors had on the aggregation of p53, a key human tumor suppressor gene that is mutated in the majority of reported human tumors. In Dr. Oded Rechavi’s laboratory, she worked on several projects, including a studies of the mechanisms of epigenetic inheritance, the functions of noncoding RNAs, and mechanisms of DNA repair. In the summer of 2012, she studied interferon-induced apoptosis in Dr. Gideon Schreiber’s laboratory at the Weizmann Institute of Science.

“Chronic obstructive pulmonary disease (COPD) is a lung disease that is currently the 4th leading cause of death in the world, affecting the lives of hundreds of millions every year. In this disease, an excessive inflammatory response to noxious particles or gases causes airflow to become restricted. A deadly combination of chronic inflammation in the small airways and destruction of the alveoli slowly limits the lungs’ ability to do their job of transmitting oxygen to the blood.

To determine if senescence plays a role in COPD, I joined Adi Sagiv from Krizhanovsky’s lab to study transgenic mice that possessed lung cells with an impaired ability to undergo senescence. The senescence-impaired cells were a special type of epithelial cell found in small airways in the lungs, called Clara cells. By inactivating the tumor suppressor gene p53 in these cells, one of the main regulatory pathways of cellular senescence was impaired. I also worked with Adi to develop a protocol for inducing COPD-like symptoms by treating the mice with aerosolized lipopolysaccharide (LPS). This allowed me to compare the response of these transgenic mice to normal mice when faced with COPD-inducing conditions. The correlation between fewer senescent cells and lower levels of inflammation suggests that the senescence of Clara cells indeed might play an important role in the pathogenesis of COPD. Further study of the role senescence plays in the pathogenesis of COPD could reveal new targets for COPD therapies.”

Following the end of the SRF Summer Internship, Shahar presented her findings at the SENS6: Reimagine Aging Conference at the University of Cambridge in September of 2013. In October of 2013, she joined the laboratory of Dr. Oded Rechavi to begin her doctoral studies in neuroscience at Tel Aviv University’s Sagol School of Neuroscience.