Brandon received his B.S. in biochemistry from Portland State University in June 2013. Under the mentorship of Dr. Keith Garlid, Brandon studied the role of the PI3K pathway in promoting the protective effects of cardiac glycosides. During his SRF-sponsored internship in the laboratory of Dr. Henrich Jasper at the Buck Institute for Research on Aging, Brandon worked with postdoctoral fellow Dr. Jason Karpac to develop a model for studying the coordination of tissue aging across an organism.

Establishing a Model to Study Systemic Signaling Factors of Aging

Aging is defined as the gradual loss of a tissue’s functional stability, or homeostasis. Loss of tissue homeostasis ultimately results in tissue failure, disease, and the eventual death of the whole organism.

Recent studies have shown that the rate of this decline is not an independent phenomenon but rather is regulated through systemic factors. For example, in one type of study known as heterochronic parabiosis, the circulatory systems of an old and young mouse are linked together. The reversal of several key indicators of age observed in the older mouse coupled with tissue homeostasis decline in the young mouse provides evidence that aging is regulated by systemic factors. During my internship, I helped develop a model in the fruit fly Drosophila melanogaster to study systemically regulated aging. 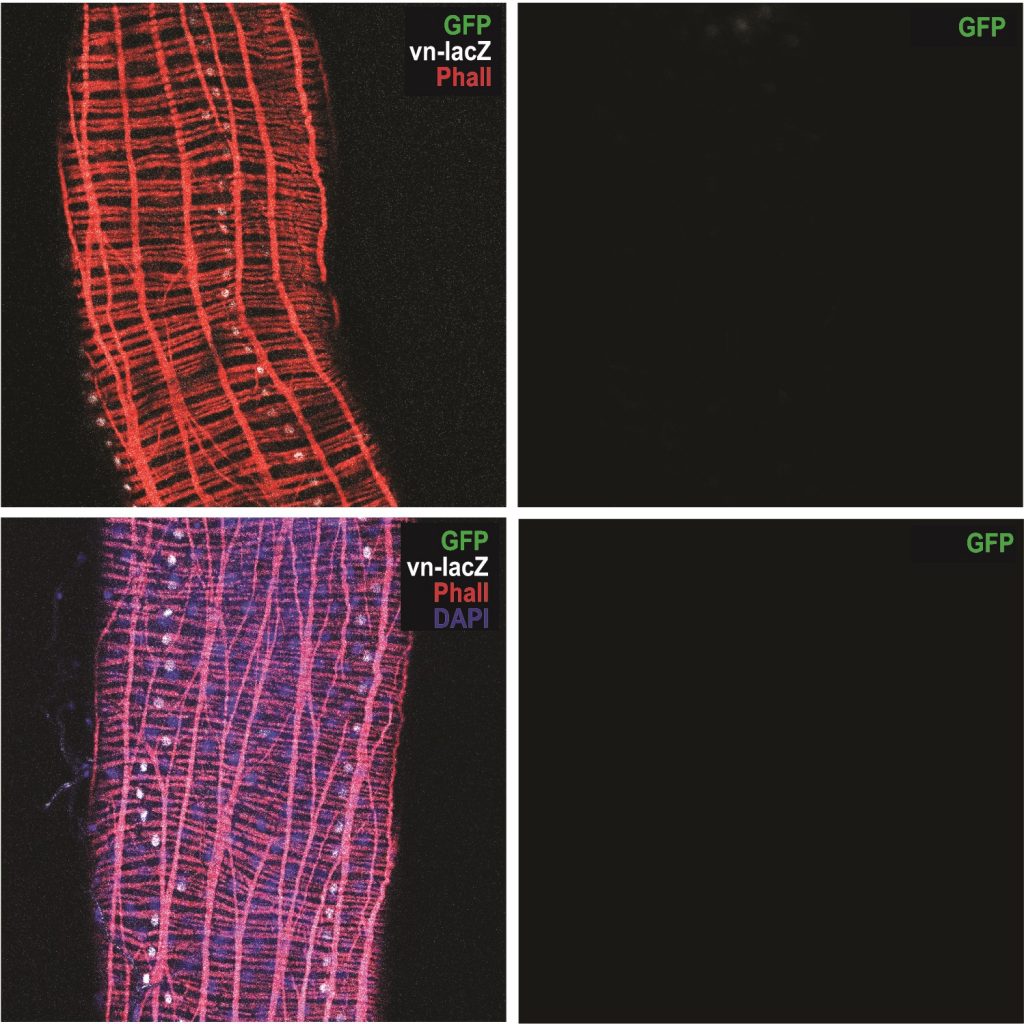 To determine the role individual tissues play in driving the aging process, we first developed a procedure for accelerating the rate of aging in a tissue by causing a rapid increase in DNA damage, similar to what is seen in ‘accelerated aging’ diseases, such as the inherited disorders known as segmental progeroid syndromes. In these disorders, rapid aging and accumulation of DNA damage are both observed.

By creating DNA damage in a specific tissue in the fly (the primary tissue), I was able to study the effect it has on tissue elsewhere in the fly (the distal tissue). I also tested the system ex vivo (outside the fly) and was able to generate a stress response in the distal tissue when it was cultured in a media with the damaged primary tissue. The experiments I conducted during my internship indicate that our systemic aging model appears to be robust and functioning as intended. This model will now be used to determine precisely which systemic factors are driving the stress response observed in the distal tissue and ultimately better characterize how systemic signaling factors from an individual tissue can drive the rate of aging.

Brandon presented the findings from his summer internship at the SENS6: Reimagine Aging Conference at the University of Cambridge in September of 2013. There, he won the SENS6 Student Presentation Award for best undergraduate or graduate student presentation at the conference. Brandon now resides in Seattle, Washington where he is pursuing a Ph.D. in the University of Washington’s Biochemistry department. He plans to continue to study aging and regenerative medicine and hopes to eventually pursue a career in biotech.