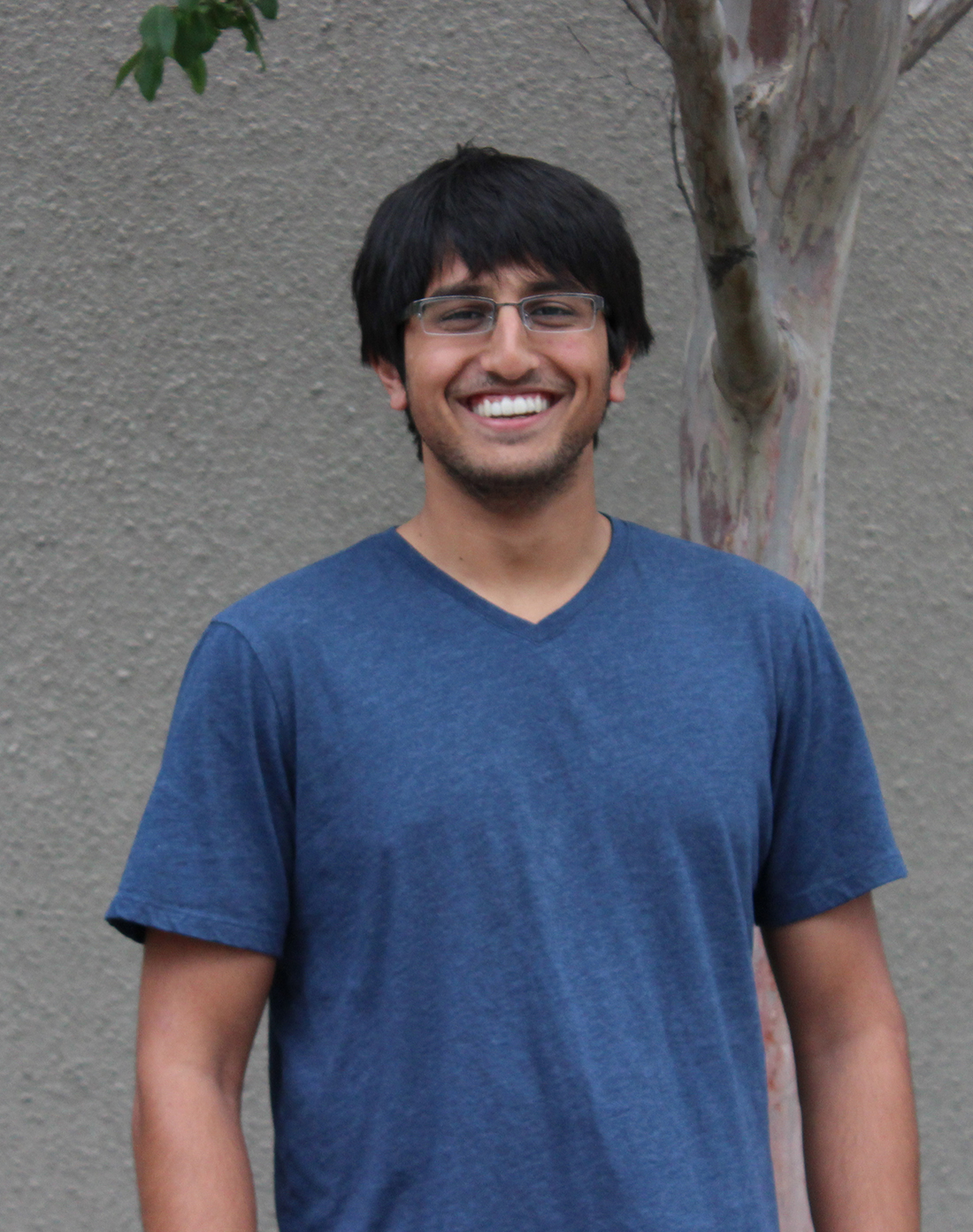 Anuj is pursuing a B.S. in Biomedical Engineering at the University of Texas in Austin, where he has been involved with numerous student organizations and undergraduate research projects, including a study of early T-cell differentiation from blood-forming cells as well as a project studying the differentiation of fat-derived stem cells into different layers of cartilage.

For his 2013 summer internship, Anuj worked under the tutelage of researchers Dr. Ehud Goldin and Ghezal Beliakoff at the SRF Research Center, studying the problem of age-related macular degeneration (AMD).

“Age-related macular degeneration (AMD) is a major cause of sight loss in the elderly. This degenerative disease affects the central area of the retina, called the macula. There are multiple risk factors that can result in the onset of AMD, but it is believed that the pathogenesis of AMD is due to dysfunctional retinal pigment epithelium (RPE) cells. These RPE cells, located between the neural retina and Bruch’s membrane, play a crucial role in the blood-retina barrier as well as maintaining the health and function of the retinal photoreceptor cells. RPEs help maintain the function of the photoreceptor (light-receiving) cells by breaking down their discarded outer segments, which are shed in a constant renewal process.

It is believed that the buildup of a lipofuscin molecule called A2E within RPE lysosomes hinders the metabolic behavior of RPE cells and hence causes the AMD pathogenesis. Fortunately, a recent study has provided evidence that peroxidase enzymes can metabolize A2E within lysosomes. Unfortunately 10% of the cells died as a result of the enzymatic reaction.

The goal of my research team is to identify a peroxidase enzyme that can degrade the buildup of A2E with limited toxic side effects. My project focused on developing an assay to assess the cytotoxicity of possible peroxidase enzyme treatments. We decided to measure apoptosis as a readout of cytotoxicity. I tested a number of DNA damaging agents, such as thymidine and hydroxyurea, to establish a positive control for apoptosis. Those studies identified a concentration of thymidine that induced a sufficient level of apoptosis to serve as a positive control. With a positive control established, I began Western blot analysis of the lysate from cells treated with or without a candidate peroxidase enzyme called SENS20. I found that SENS20 has no toxic effects at concentrations up to 100 ug. Once the team overcomes a few remaining technical issues, the assay will be ready for routine use. The apoptosis assay paves the way for more conclusive cytotoxicity studies in the future.”

Anuj hopes to graduate in the spring of 2015. He plans to take a year off before applying to MD/PhD programs. During the interim time between undergraduate and medical school, Anuj plans to gain more biomedical engineering and medical experience through a position in industry.